For more than 70 years, starting in 1938, Mercury was a premium model offered by the Ford Motor Company. Mercury filled the gap between Ford and Lincoln by offering more style, performance and luxury than a Ford at a lower cost than a Lincoln.

The postwar Mercurys, introduced in 1949, quickly became popular with hot rodders. A 1949 Mercury was driven by James Dean in the movie “Rebel Without a Cause.” Mercurys were known for performance models in the 1960s and 1970s. Also, in the 1960s, full-size Mercurys began to take on the appearance of Lincolns, rather than Fords. By the early 2000s, Mercury sales were in trouble, partly because high-end Fords were approaching Lincolns in price and luxury. With sales falling, Ford announced in 2010 that the Mercury line would be dropped.

The Mercury name still conjures up images of stylish, well-performing, luxurious cars that are somewhat rarer and more exotic than commonplace Fords. For Mercury lovers, there are lots of classic Mercury parts available. Perhaps the most difficult part of being a Mercury fan is deciding just what kind of Mercury to get – but no matter which one is your preference, there are lots of vintage car parts available.

The Mercury Cougar, introduced in the fall of 1966 as Mercury’s version of the Ford Mustang, was larger and more luxurious and was named Motor Trend’s Car of the Year. The original 1967-1970 Cougars are especially attractive to car buffs. In the 1970s, Cougars became larger, and by the 1980s Cougar was applied to a variety of mid-size Mercurys, including station wagons and four-door sedans. The name was later used for a Mercury version of the Thunderbird, and then the Cougar name was used for a front-wheel drive, two-door coupe. The Cougar is the best-selling Mercury nameplate, with almost three-million sold.

Introduced in 1960 as Mercury’s compact, the Comet was based on the Ford Falcon but was slightly larger. During the 1960s, Comets grew in size and power. After being dropped for 1970, the Comet name returned for a 1971 Mercury version of the compact Ford Maverick. 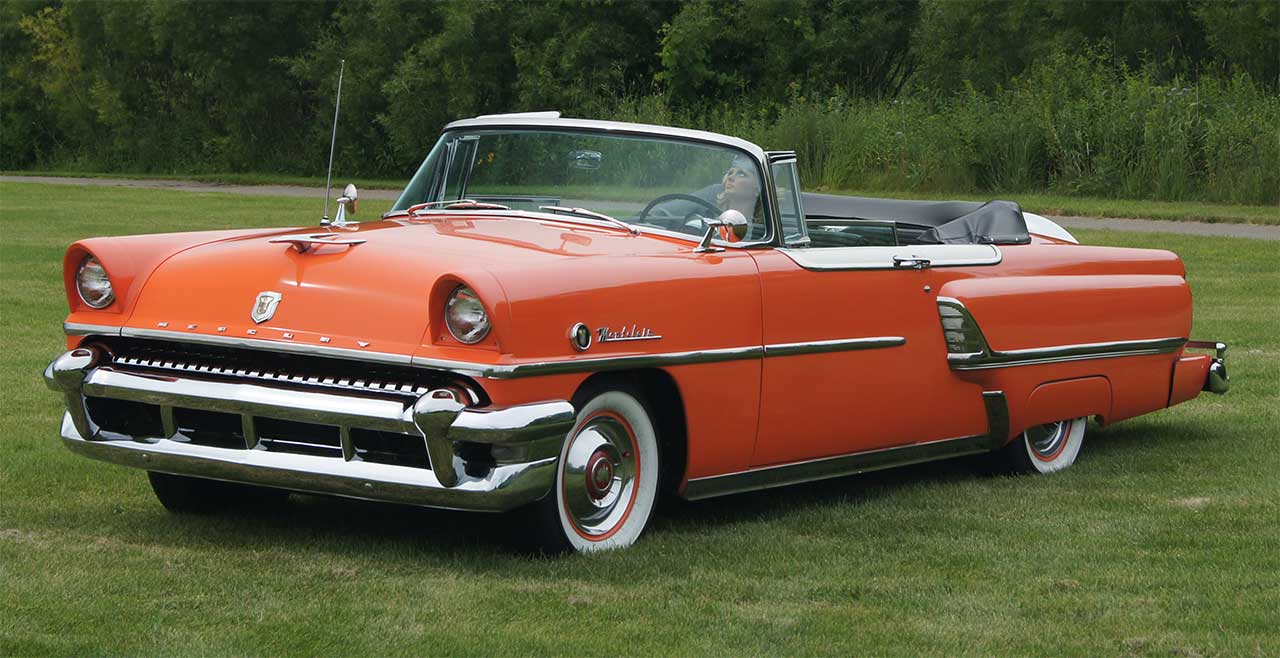 The Montclair came out for the 1955 model year, as the new top-level Mercury, but in 1957 it became the mid-trim level after the introduction of the Turnpike Cruiser. The name was dropped for 1961 but brought back for 1964. The final year for the Montclair was 1968. 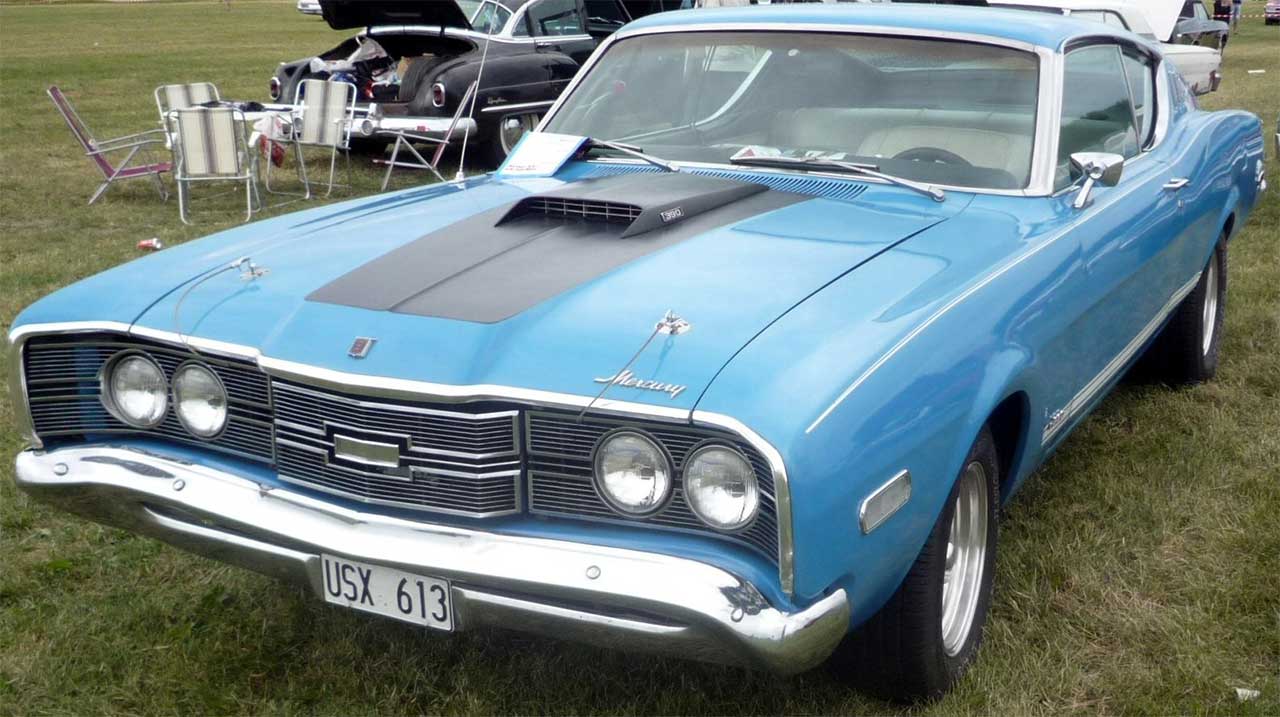 The Colony Park name was first used for the 1957 model year, for the most luxurious station wagon. It was based on a four-door hardtop. The name continued as the top Mercury station wagon until 1991. 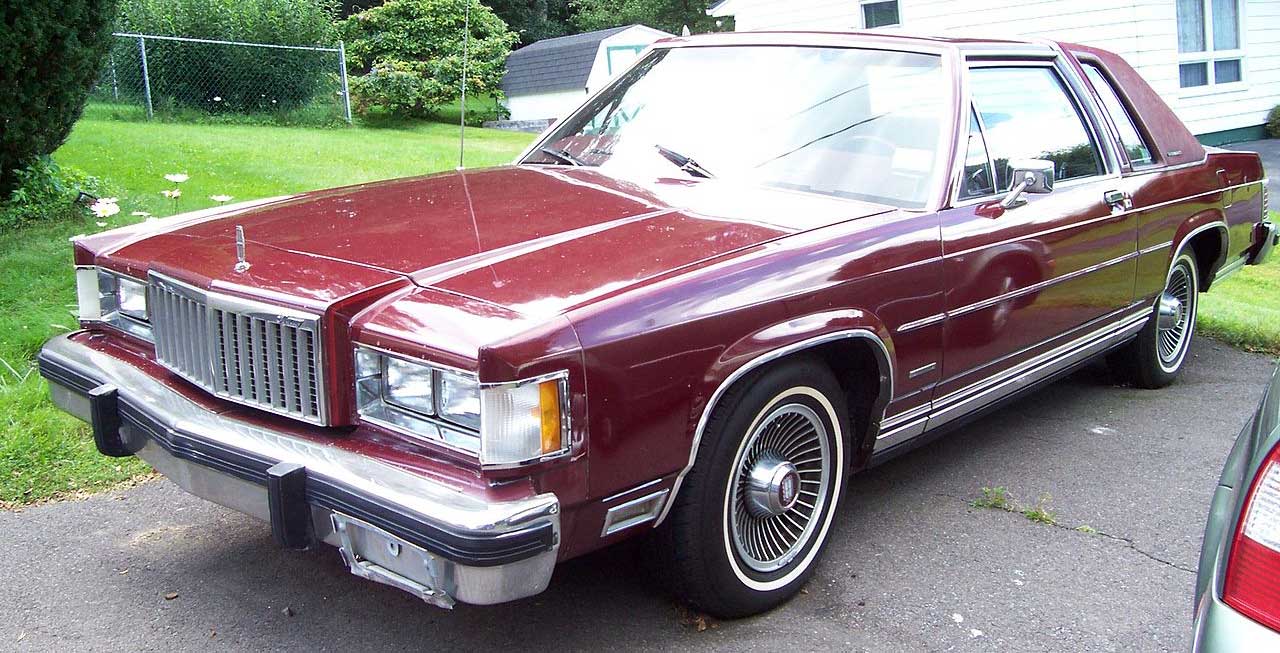 Mercury Sable – a twin of the top-selling Taurus 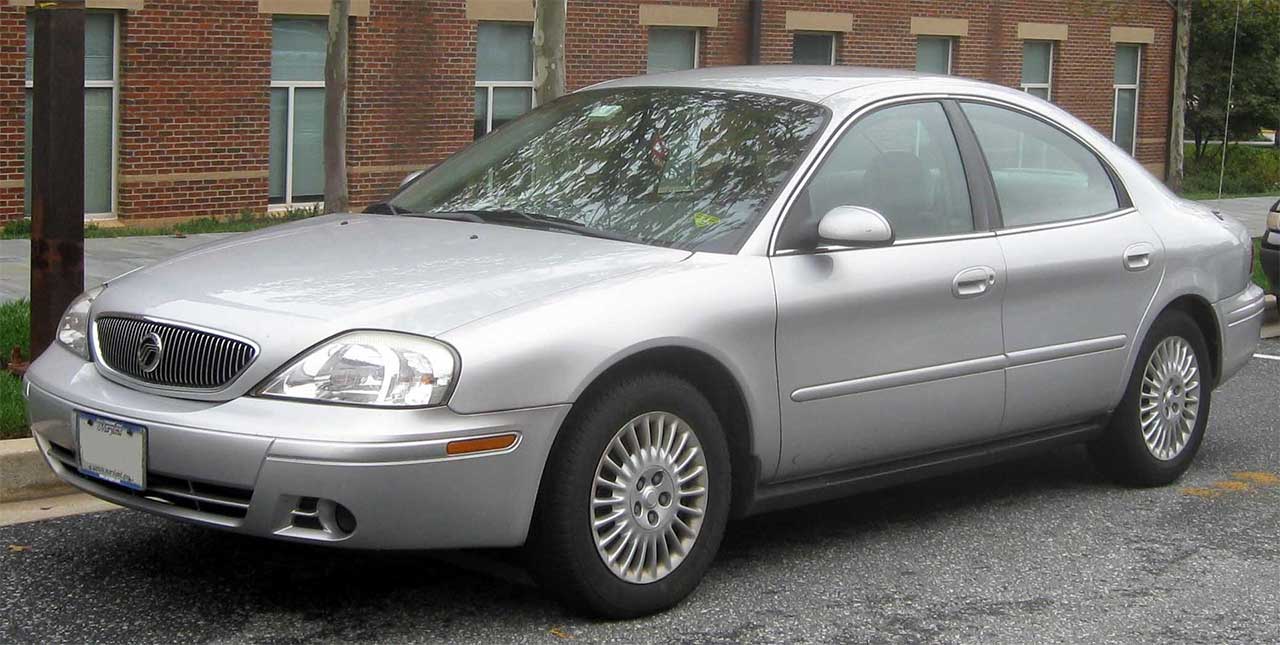 Mercury Sable was introduced for the 1986 model year and was an upscale version of the new mid-size Ford Taurus, a car that was often the best-selling car in the U.S.A. For several years, the Sable was the best-selling Mercury. Production ended in 2005. The name was brought back for a full-size car in 2008 and 2009.

The name was used first by Ford in 1956 for a premium two-door station wagon intended to compete with the Chevrolet Nomad but lasted only one year. It was spelled as one word, Parklane. The best known Park Lane models were top-end Mercurys of the 1950s and 1960s. 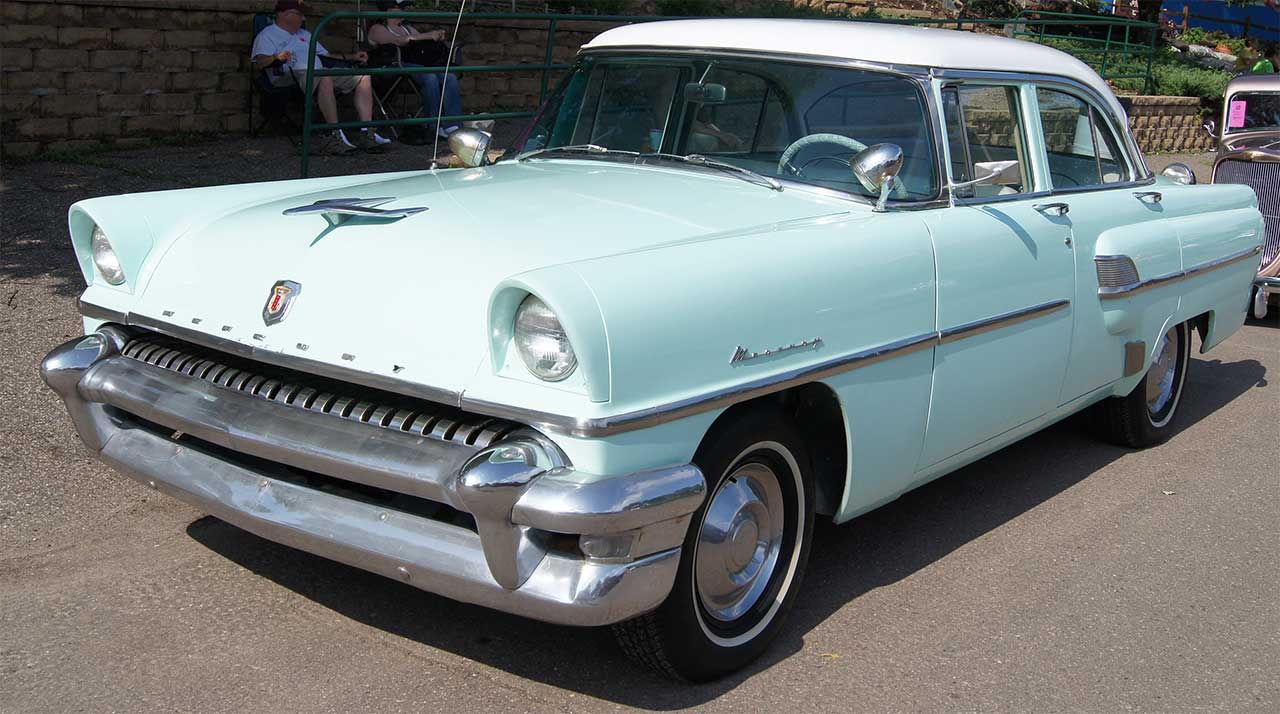 Introduced in 1952 when all Mercurys were restyled, the Custom was the entry-level, full-size Mercury. For the 1956 model year, the Custom moved up a notch, when the new Medalist became the entry-level model. However, 1956 turned out to be the final year for both the Custom and the Medalist.

The Villager name was first used from 1962 to 1967 for the top trim level of the Comet station wagon and included simulated wood trim on the sides. The Villager name was later used from the 1993 to 2002 model years for a minivan. It was a joint venture with Nissan, and this Villager shared components with the Nissan Quest.

Mercury Meteor – a name for many models 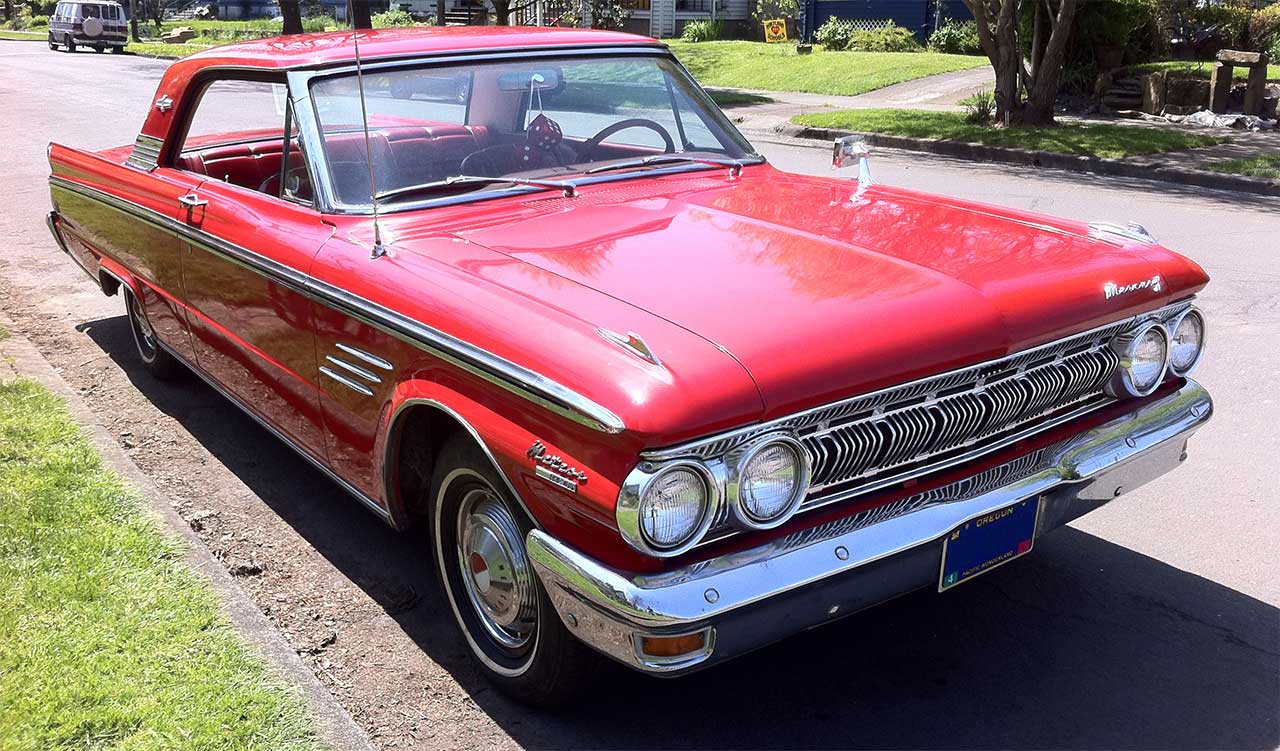 The Meteor name was first used by Ford of Canada in 1949, for a low-priced model for Mercury dealers. It was essentially a Ford body with Mercury trim. Starting for the 1961 model year, the Meteor name was taken by the U.S. parent firm for two full-size Mercury models. The entry-level full-size Mercury was called Meteor 600, and next up was the Meteor 800. Then for the 1962 model year, the Meteor name was shuffled to the new mid-sized Mercury, based on the Ford Fairlane body, with Mercury trim. Then in 1964, the Meteor's name was dropped in the U.S. but returned to Canada for a full-size model based on the Mercury body with Ford interior trim and instrument panels. So having a “Meteor” can mean a variety of models, depending on year and country of origin.

When you’re looking for automotive restoration supplies for any Mercury model, remember that Collectors Auto Supply has a full range of classic Mercury car parts. Contact Collectors Autos Supply for all of your classic car parts.