The Bronco is back. Ford has brought back the Bronco name for its newest SUV, 55 years after the original Bronco. The revival means renewed interest in the first version of the Bronco, which came out as a 1966 model.

When Ford jumped into this segment with the all-new Bronco for 1966, it was a game changer because Ford is such as large player.

At the time, there was a tiny market for off-road, four-wheel drive vehicles. It was the area of high-performance cars, with such models as the AMC Javelin, Chevrolet Camaro, Dodge Charger, Ford Mustang, Mercury Cougar, Oldsmobile Cutlass, Pontiac GTO, Pontiac Firebird, Plymouth Barracuda and Plymouth GTX.

In the much smaller segment of four-wheel-drive vehicles, the dominant player was the Jeep CJ-5, a civilian version of a vehicle that came out during the Second World War. There was also the International Scout, the Land Rover, the Toyota Land Cruiser and the Datsun Patrol. 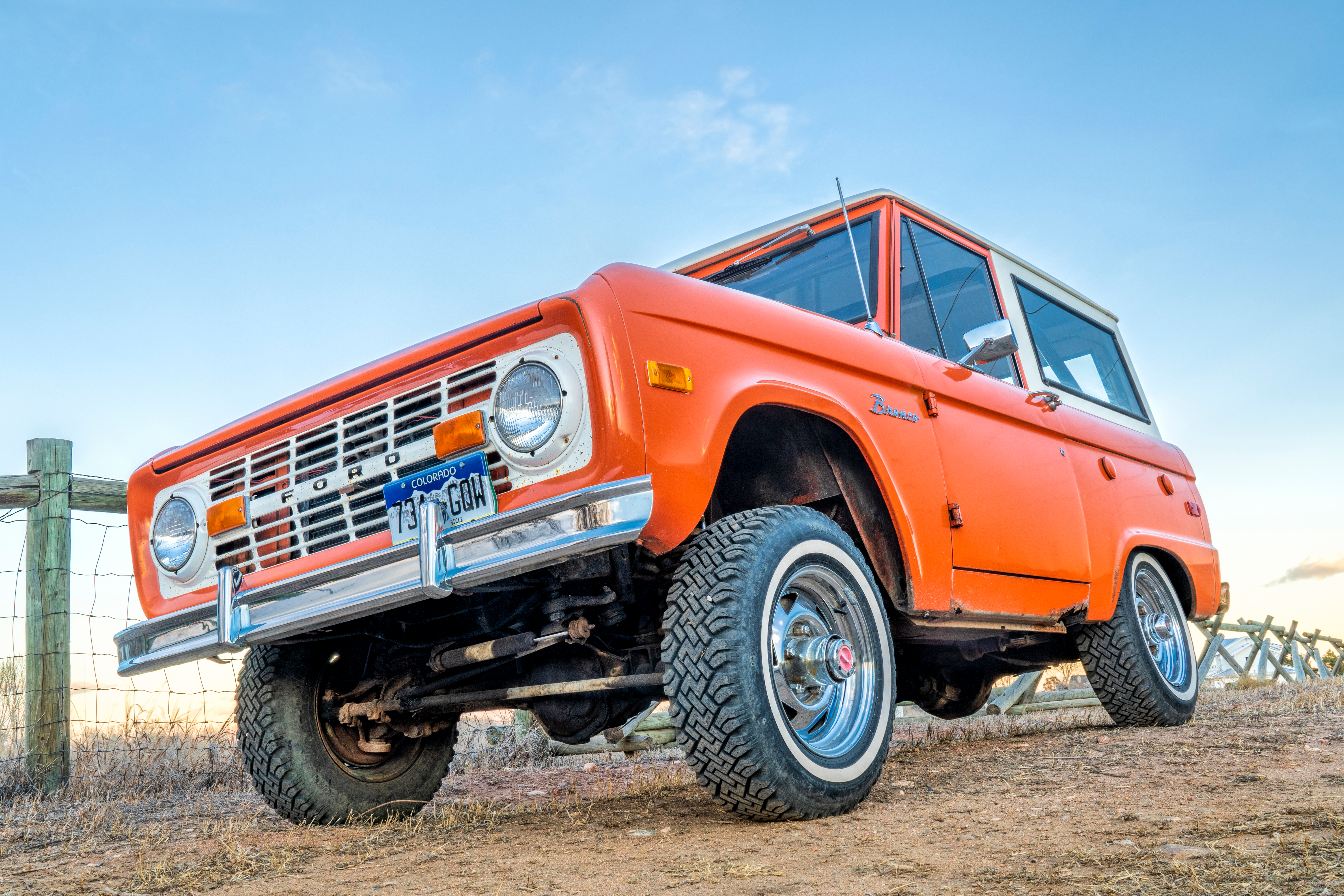 Ford’s market research had found there was a growing market for four-wheel-drive vehicles. There were two emerging groups: suburbanites who were attracted to the image of having a tough, go-anywhere vehicle but wanted more luxury touches than what was on the market; and die-hard four-wheel-drive enthusiasts. Ford created the Bronco to appeal to both groups.

Ford offered three versions of the Bronco: the roadster, which had no top or doors; the pickup, which had a cab and a short pickup bed; and the station wagon. Just one powertrain was available, a 170-cubic-inch, 6-cylinder engine borrowed from the compact Falcon (with some changes, including a special carburetor and fuel pump to ensure a constant supply of fuel at any angle) and a three-speed manual transmission with a column shifter. The option list was very short indeed, including arm rests, a cigarette lighter, padded sun visors and chrome bumpers. 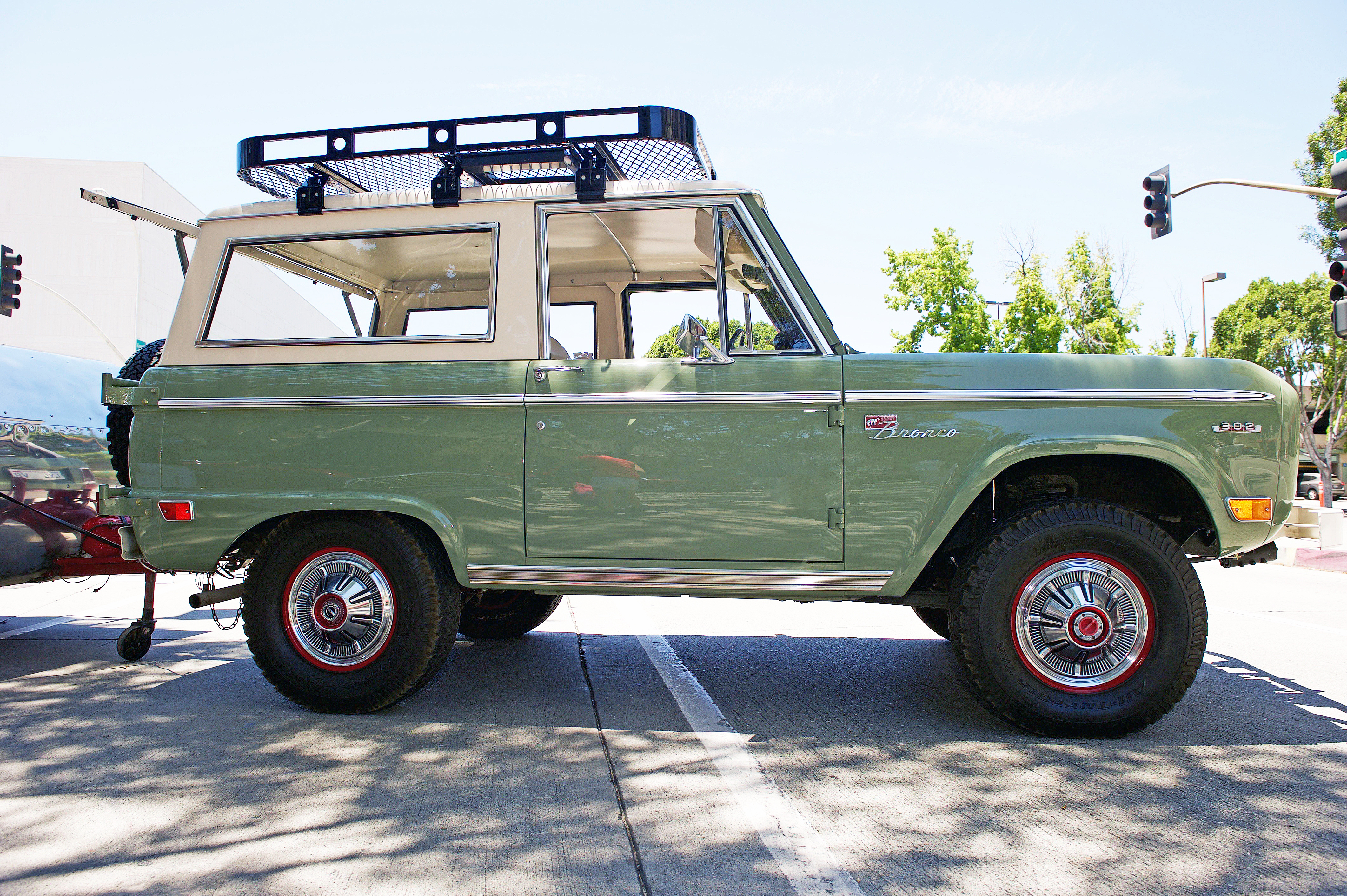 The Bronco was the smallest Ford product, with a 92-inch wheelbase and just 152 inches long, making it even shorter than a Volkswagen Beetle.

The Bronco was a hit in the marketplace, and soon more luxury options and power choices were offered, including a 289 V-8 and an automatic transmission. The original Bronco body was used for 11 years.

Demand for SUVs grew over the years, and as Ford offered other SUVs, like the Explorer and Expedition, the Bronco was dropped from the Ford lineup in 1996. The Bronco is a big reason why SUVs are so popular today. Ford has found SUVs so successful that it recently announced it was dropping sedans, coupes and convertibles – with the exception of the Mustang.

The original Bronco has long been popular with old car buffs who want something a bit different than what was hot in the 1960s. In a crowd of Javelins, Camaros, Mustangs, Cougars, GTOs and GTXs, the Bronco is different. You can occasionally see Broncos at car shows, and sometimes even in traffic. Now, with the Bronco name back, enthusiasts are looking for original models.

Ford obviously knows the value of a name – and that’s why the Bronco name is back. 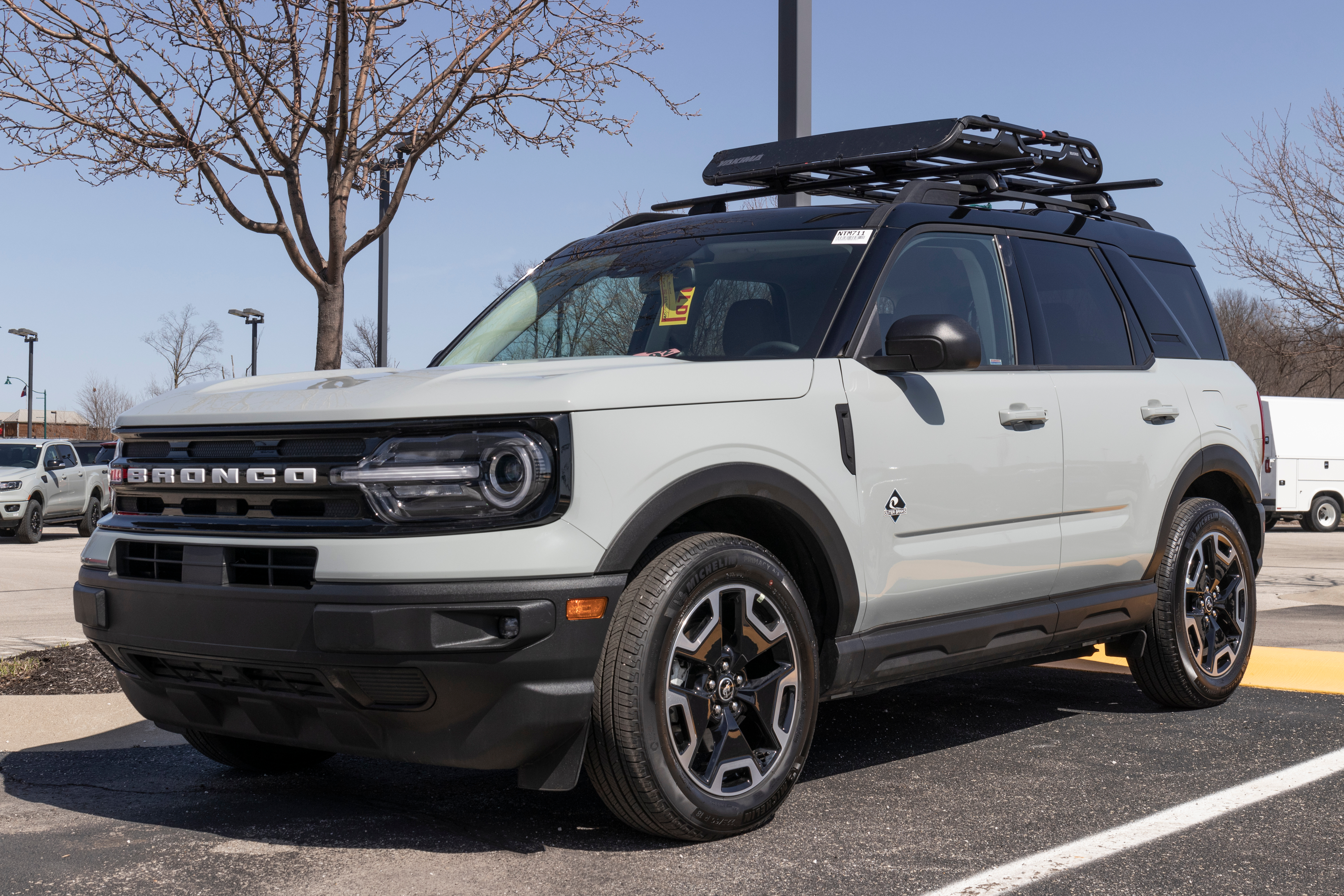 Just like the 1960s, the Bronco again means a small, go-anywhere Ford. But the latest luxury touches and technology features make the new Bronco unimaginably different than the original.