Oldsmobile has long been a favorite among car buffs, largely because of its long and proud history of technical innovations and performance models. 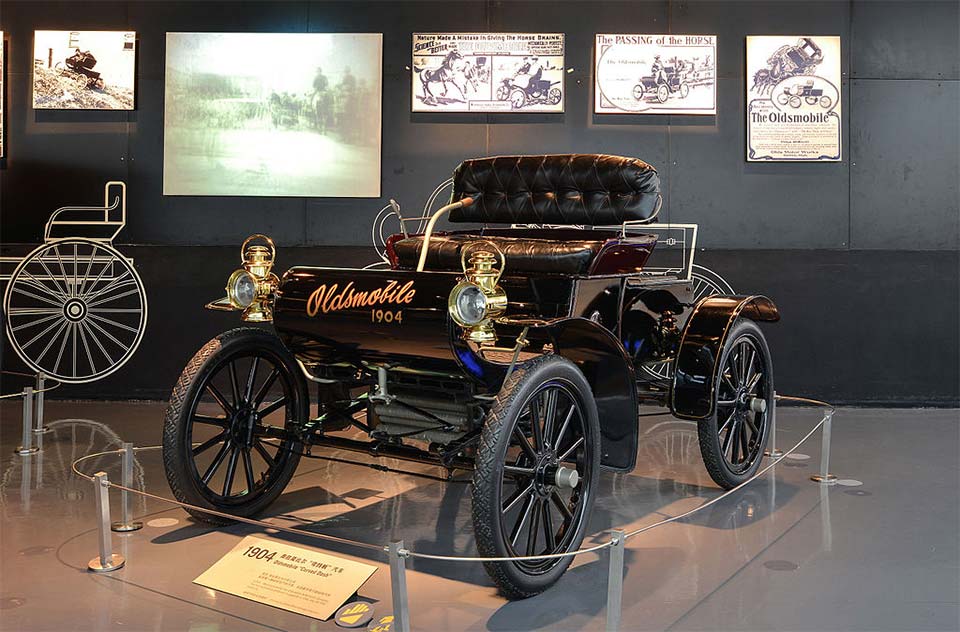 As GM grew by taking over other automakers, Oldsmobile was soon established in the middle of the GM range: above Chevrolet and Pontiac, and below Buick and Cadillac. By the 1930s Oldsmobile regularly finished in the top ten in sales.

After World War II, Oldsmobile (along with Cadillac) was the first to offer a new high-compression overhead-valve V-8, when competitors were offering flathead V-8s. The powerful new Oldsmobile Rocket V-8 led to domination on NASCAR racing tracks for Oldsmobile, winning more than half of the races it entered between 1949 and 1952.

As well, Oldsmobile was a style leader (along with Cadillac and Buick) when it introduced pillarless coupes for the 1949 model year. 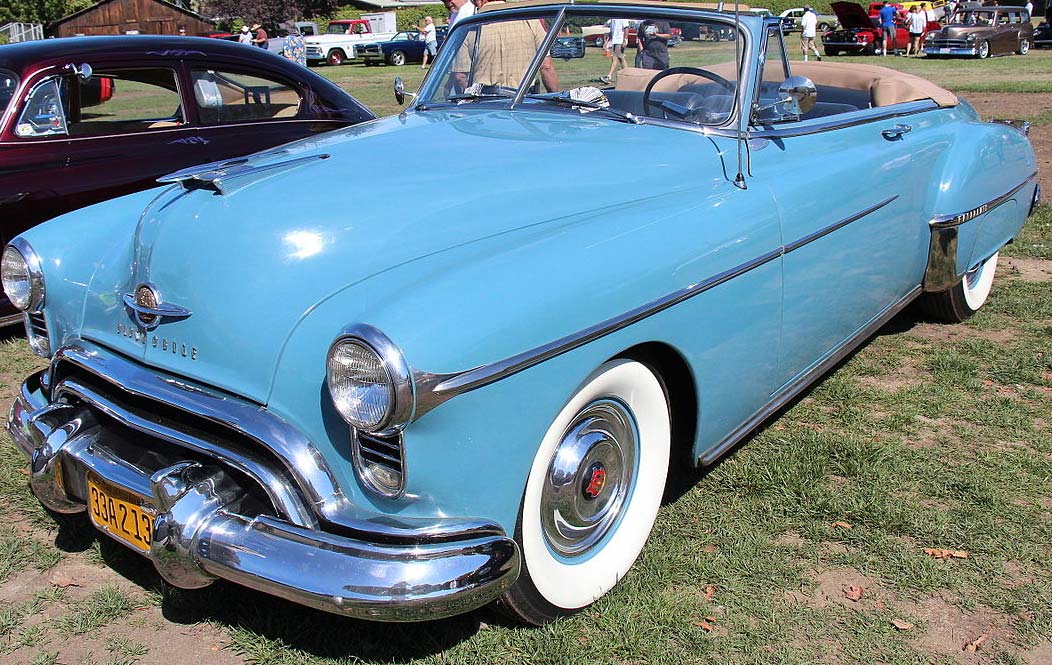 By the mid-1970s, the mid-sized Oldsmobile Cutlass was the top-selling nameplate, and Oldsmobile became the third best-selling brand behind only Chevrolet and Ford. Continuing with innovations, for 1978 Oldsmobile offered diesel engines on some models, although these did not prove to be successful in the marketplace. Still, Oldsmobile usually finished in the top five in the sales race during the 1980s, often selling more than one-million vehicles annually.

However, during the 1990s Oldsmobile’s fortunes began to slide, partly as a wider range of models meant some confusion and overlap with higher-end Buicks and lower-level Pontiacs, along with increased competition from new, imported luxury brands, such as Acura, Infiniti and Lexus. When Oldsmobile celebrated its centennial in 1997, the division was clearly in trouble, and in 2004 General Motors produced the final Oldsmobile.

The Oldsmobile nameplate continues to be very popular among car hobbyists, including such models as the 4-4-2, Cutlass, F-85, Jetfire, Jetstar 88, Ninety-Eight, Omega, Starfire and Toronado. If you’re doing some research or thinking of restoring an Oldsmobile, here’s more answers to commonly asked questions.

Oldsmobile was one of the longest-running automotive brands, being on the market from 1897 until 2004. First produced by the Olds Motor Vehicle Company in Lansing, Michigan, and later Olds Motor Works in Detroit, it became a division of General Motors in 1908.

When Was Oldsmobile Founded?

The Olds Motor Vehicle Company was founded in 1897. By 1901 it was known as Olds Motor Works. The firm became part of General Motors in 1908.

Who Invented the Oldsmobile? 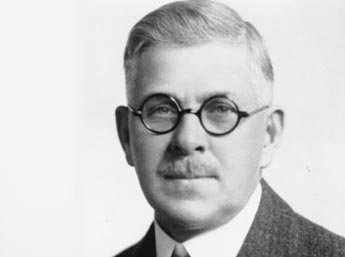 Ransom Eli Olds is the only person who had his name and initials used on two different cars. He created Olds, (later Oldsmobile) but left the firm that carried his name in 1904 due to disagreements with his investors. He then started the REO Motor Car Company (using his initials for the name), which built cars and trucks until 1936, and then trucks only until 1975.

By the way, both Oldsmobiles and REOs have been part of popular culture. In 1905, a popular song was “In My Merry Oldsmobile.” The 1970s and 1980s rock band REO Speedwagon took its name from the REO Speed Wagon, a light truck introduced by REO in 1915 and marketed until 1953.

When Was the First Oldsmobile Made?

Ransom Eli Olds developed a steam car in 1887, and built his first gasoline-powered car in 1896. In 1897 Olds lined up investors and the Olds Motor Vehicle Company was established in Lansing, Michigan, making it the first automobile company in Michigan. In 1899 the firm was reorganized as the Olds Motor Works and relocated to Detroit. The Oldsmobile name was first used in 1900. A fire at the Detroit plant soon prompted Olds to return to Lansing. By 1903 Oldsmobile was the largest producer of cars in the U.S.A., turning out 4,000 vehicles – well ahead of second-place Cadillac with 2,497 cars, and third-place Ford, which turned out 1,708 cars.

What Does 442 Mean in Oldsmobile?

At different times, the 4-4-2 model designation has meant different things. (By the way, it was always said “four-four-two” never “four-forty-two” or “four-hundred-and-forty-two.”)

The 4-4-2 designation was first used mid-way through the 1964 model year, when Oldsmobile offered an optional performance package on its mid-size Cutlass model, in response to the success of the Pontiac GTO. Powered by a 330 cubic inch V-8, “4-4-2” referred to a 4-barrel carburetor, 4-speed transmission and 2 exhaust pipes.

For 1965, Oldsmobile offered a 400 cubic inch engine on 4-4-2 models, and the designation now referred to 400 cubic inches, a 4-barrel carburetor, and dual exhaust. Car and Driver magazine tested a 1967 model and reported, “The 4-4-2 is the best-handling car of its type we’ve ever tested.”

For the 1972 model year, with muscle cars fading in popularity largely due to higher insurance costs, the 4-4-2 again became a trim and handling option package on Cutlass models. As GM downsized its fleet and offered smaller engines, the 4-4-2 was simply a name, and no longer referred to specific equipment, and the 4-4-2 name was dropped after the 1980 model year.

The 4-4-2 name was brought back again for the 1990 and 1991 model years, on the smaller front-wheel-drive Cutlass Calais. This model used a 2.3 liter 4-cylinder engine, with 4 valves per cylinder and 2 camshafts. 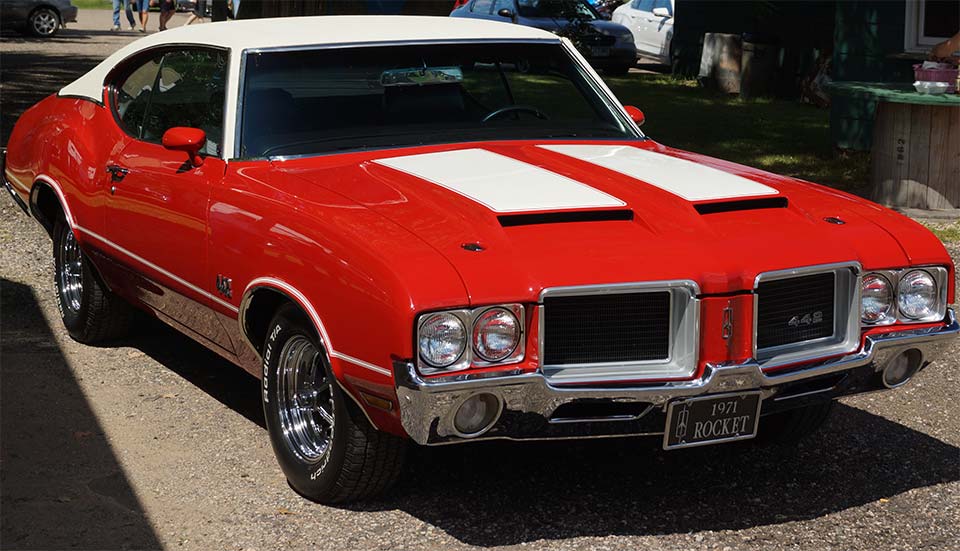 What Does W30 Mean in Oldsmobile?

The W-30 trim code was a package of optional performance goodies introduced on the 1966 Oldsmobile 4-4-2. There was an air induction system with tubing in the front grill admitting cool air to the carburetors and a high-performance camshaft. As well, the battery was moved to the trunk to make room for the air hoses.

For 1970, the 4-4-2 with the W-30 package was dubbed the “W-Machine” and included a lightweight fiberglass hood with functional air scoops and a low-restriction air cleaner; an aluminum intake manifold; and special camshaft, cylinder heads, distributor and carburetor. Later models also had W-30 emblems on the front fenders. 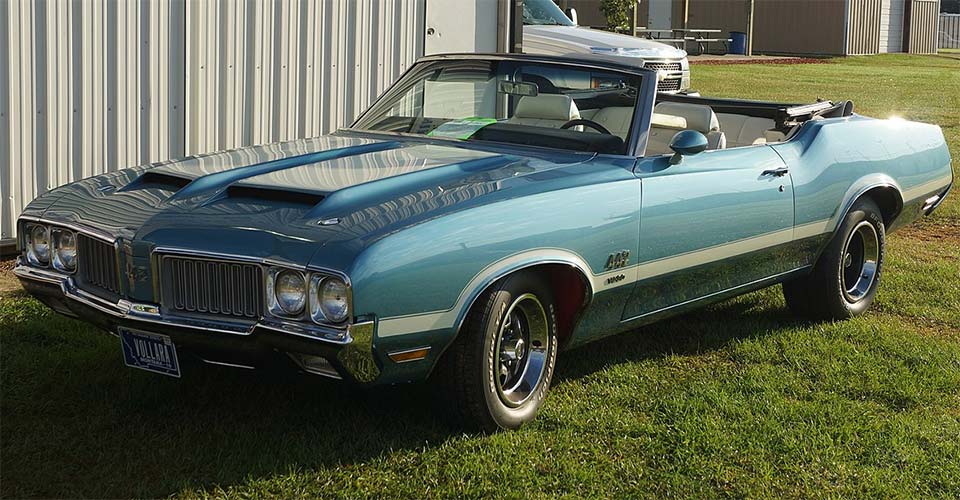 When Did Oldsmobile Go Out of Business?

Oldsmobile production ended in 2004 after 107 years on the market (making it the oldest American car brand at the time) and 35 million Oldsmobiles had been produced. Sales had been declining for several years when GM decided to halt production of Oldsmobile.

When Was the Last Oldsmobile Made?

General Motors announced in 2000 that it would phase out the Oldsmobile division, and the last Oldsmobile rolled off the assembly line in Lansing, Michigan, on April 29, 2004.

What Was the Last Oldsmobile Made?

The last Oldsmobile was a compact Alero GLS four-door sedan. Inside the hood of the car are the signatures of the people who worked on the final Oldsmobile run. This car was loaned by GM to the R.E. Transportation Museum in Lansing, Michigan, where it was on display for several years, before being sold by GM to a collector in Florida in 2017.