From the 1920s to the 1970s sedan deliveries were stylish, light delivery vehicles.

The earliest versions sedan deliveries arrived with the dawning of the automobile; a few manufacturers replaced back seats with enclosed and enlarged back areas for hauling supplies and goods. These were in stark contrast to trucks – which were often large flatbeds great for hauling large, heavy loads, but inappropriate for light deliveries in cities. Car-based delivery vans offered the handling and comfort of automobiles, yet could handle light loads. Often the bodies for sedan deliveries were made by small manufacturers, and owners could convert their cars into sedan deliveries. 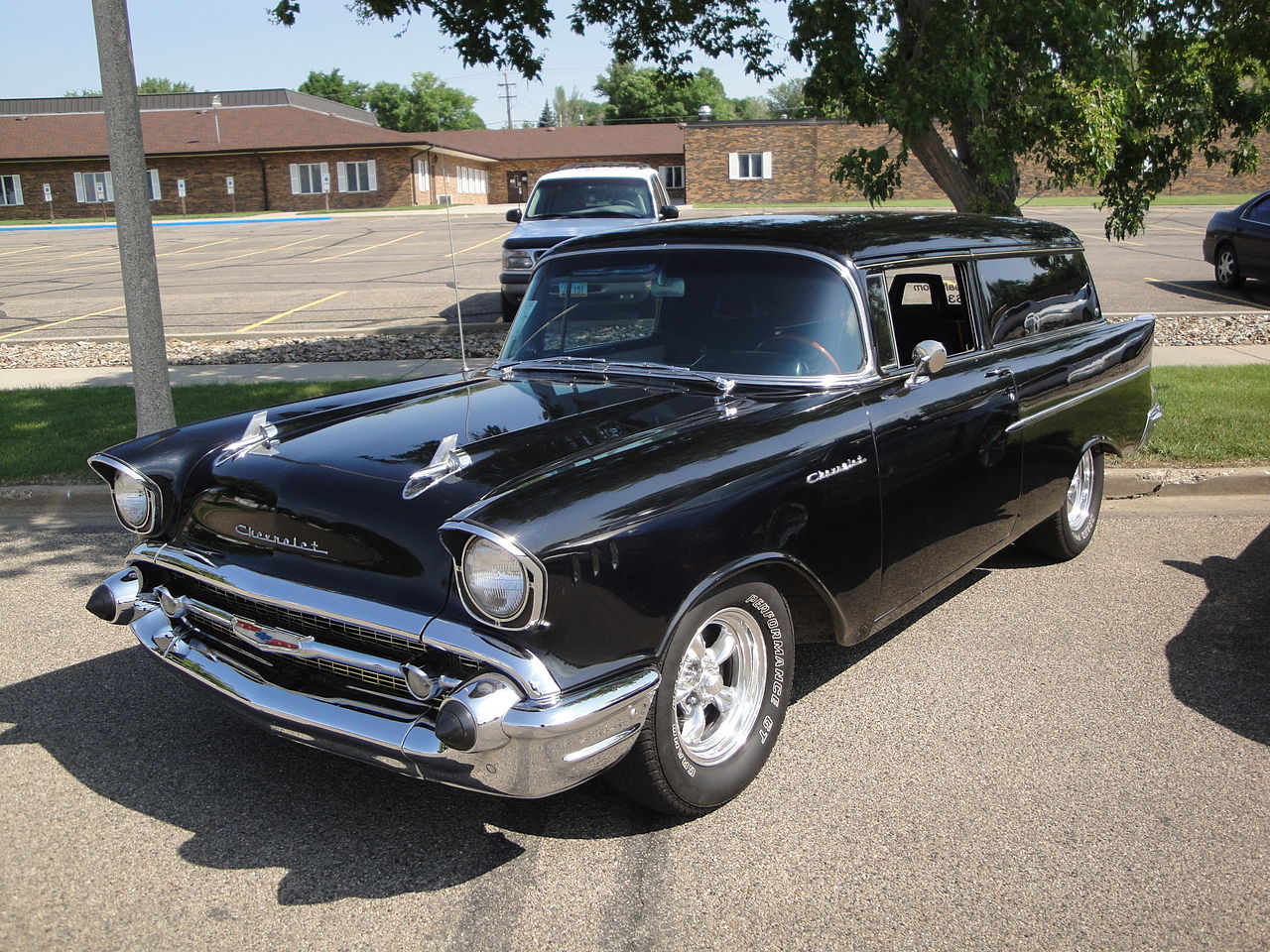 In the late 1920s, both Chevrolet and Ford offered their own car-based sedan deliveries. Chevrolet dominated the market, making about half of all sedan deliveries from 1920 to 1960. Ford accounted for about one-quarter of sedan deliveries, and the other quarter of the market was shared by others, including Dodge, Hudson, Plymouth, Pontiac, Rambler and Studebaker. Dodge and Hudson dropped out of the sedan delivery market in the 1930s, and Plymouth in the 1940s.

Sedan deliveries saw a resurgence in popularity after the Second World War. These vehicles were hot sellers as suburbs sprouted up during the post-war boom. The neighbourhood grocery story, pharmacy, dry cleaner, florist and so on could offer delivery service without driving a truck. The best year for market-leader Chevrolet of sedan deliveries was 1950, when more than 23,000 were produced. Ford’s top year was 1953, when it sold more than 10,000 sedan deliveries.

Throughout the 1950s, popular car options were offered on sedan deliveries, including automatic transmission, air conditioning and V-8s. With sales sliding, Chevrolet stopped making sedan deliveries after the 1960 model year. For the 1961 model year, Ford dropped the sedan delivery from the full-size Ford and moved it to the compact Falcon. The Falcon-based sedan delivery – based on the two-door Falcon station wagon – continued until the end of the 1964 model year. 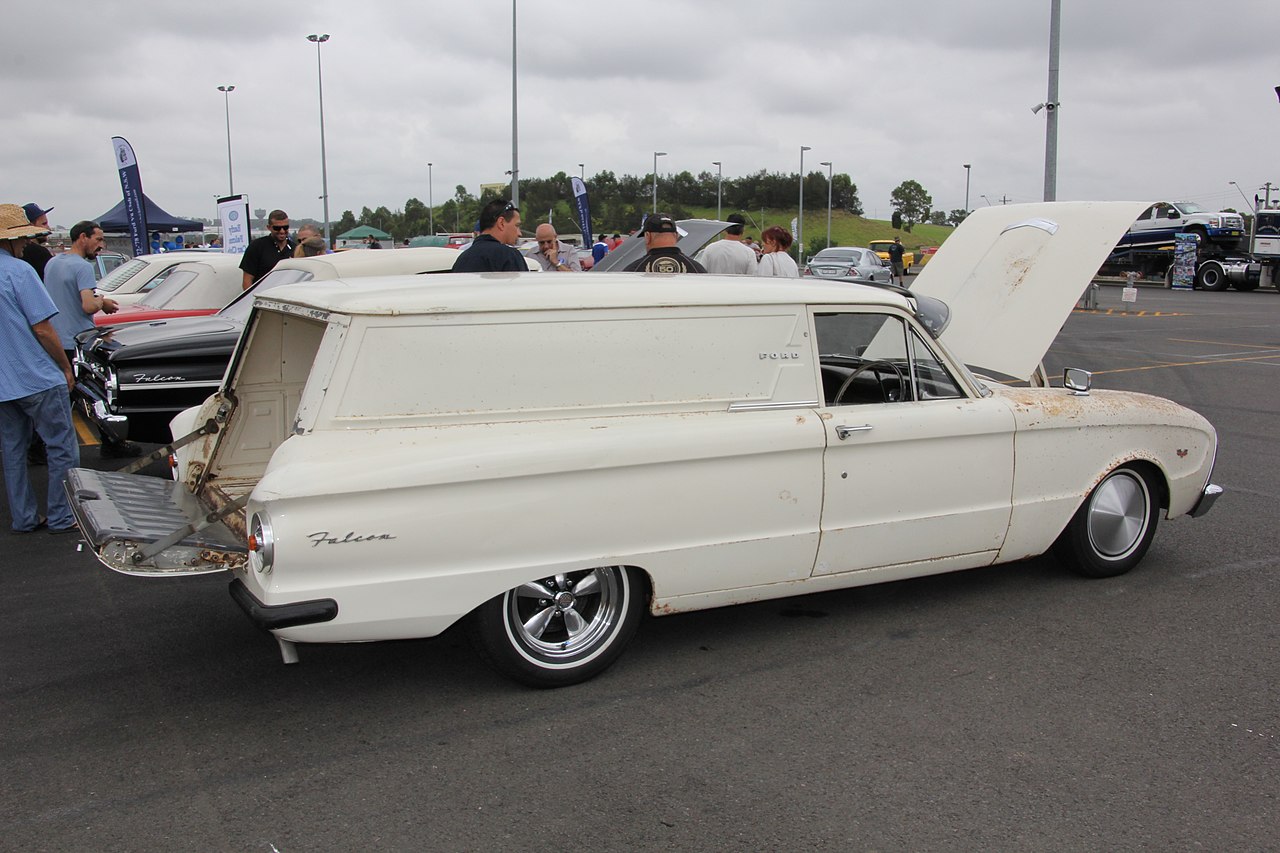 But during the 1960s, sedan deliveries began losing out to the new car-based vans, like the Ford Econoline, the rear-engined Corvair Greenbriar van and more conventional Chevrolet van, and the Dodge A100. These were based on compact cars, so offered compact dimensions, easy handling in congested city traffic, and good fuel economy. But the big advantage over sedan deliveries was that the vans offered far more room inside. The compact van idea had been started by the Volkswagen microbus, which was based on the Beetle. For many small businesses, when it came time to trade in their old sedan deliveries of the 1950s, it made sense to move to a compact vans of the 1960s.

The second wave of minivans came out in 1984, launched by the Chrysler magic wagons. Versions with no windows at the sides provided ideal vehicles for light delivery. Later, the PT Cruiser also offered a sedan delivery version for light deliveries.

Today, sedan deliveries from the 1940s to 1970s are often sought out by old car buffs who what a classic vehicle – but want something quite different than anything else on the road.