The Dodge Challenger SRT Demon is the fastest rear-wheel-drive V-8 on the market. This Demon has a 0-60 mph time of 2.3 seconds, making it the fastest non-electric production car.

Offered for the 2017 and 2018 model years, this limited-production, wide-body, extra high performance version of the Challenger SRT Hellcat has a 6.2 litre V-8 rated at 840 hp when high octane fuel is used. 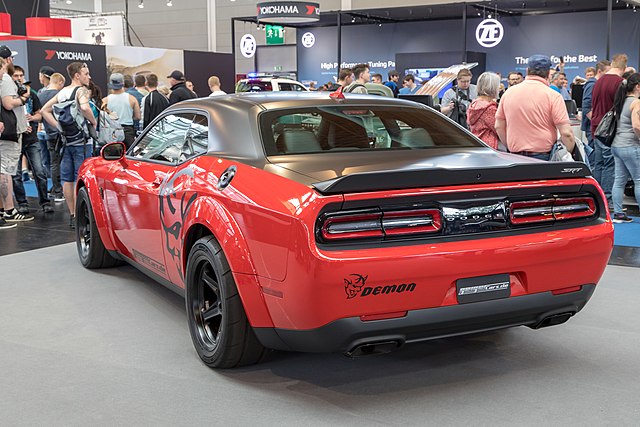 This latest Demon is a hell of a lot different than the first Dodge that carried the Demon name and came out in the fall of 1970 as a 1971 model. The original Demon was Dodge’s version of the Plymouth Duster, which was introduced a year earlier. The Duster was essentially a compact Valiant from the back of the front doors forward, and behind the front doors was a new fastback body with different taillights than a Valiant. In base trim, the Duster was priced lower than other Valiants. With the 340 V-8 option, the Duster was the high-performance model. In its first year, almost 220,000 Dusters were sold, including almost 25,000 Duster 340s. It made sense for Dodge to get in on this market. The Demon was slightly more upscale than the Duster, and included a Dodge Dart front grill and unique taillights. The base engine was a 198-cubic inch slant six; options were a 225 slant-six, a 318 V-8 and a 340 V-8. It was in the 340 trim that the Demon became a low-buck supercar.The dealer brochure for the first Demon 340 said, “The performance is a lot more than painted on.”

The Demon was just one of many entries in the growing compact/high performance segment. Along with the aforementioned Duster, there was the AMC Hornet, Chevrolet Nova, Ford Maverick, Mercury Comet and Pontiac Ventura II. 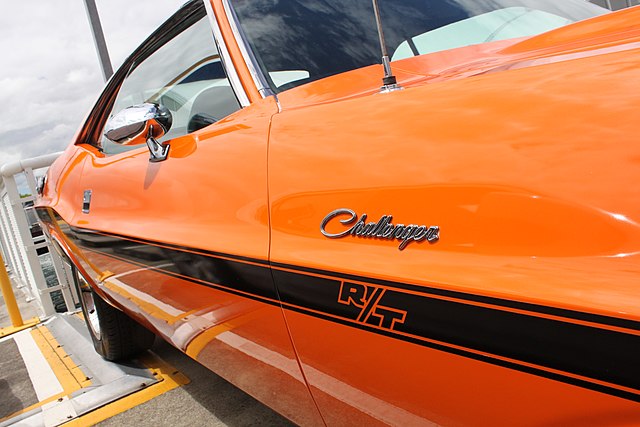 Certainly consumers had plenty of choices in those days if they were looking for a high-performance vehicle.

The Demon was the most expensive of the group, with a starting price of $2,721 FOB Detroit – but that included the 340 engine, turning out 275-hp. A three-speed manual transmission was standard, and options were a three-speed automatic or a four-speed manual. Motor Trend tested the four-speed version. The Demon was the quickest, with a 14.49 elapsed time with a top speed of 98.25 mph, followed by the Hornet SC 360, Nova SS 350 and the Comet GT 302.The article concludes by saying that with any of these cars, “you can sniff high performance without paying through the nose.” 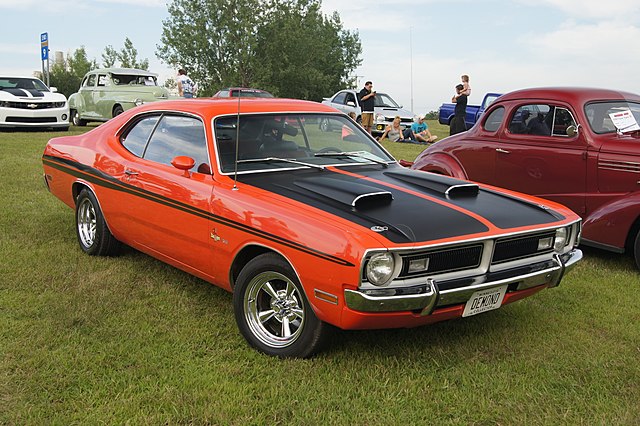 Apparently some religious groups didn’t like the “Demon” name. The logo was a cartoon red-horned devil with his pitchfork forming the “m” in “Demon.” The original dealer brochure says “We just created the Demon…you won’t have to sell your soul to buy it. The great temptation of Demon…an irresistible price.”

The Demon name came back in 2007 for a Dodge concept car, but never went into production. It was a two-seater convertible along the lines of the Pontiac Solstice and Saturn Sky.

The Demon name returned for 2017 and 2018, as a higher-performance version of the revived Dodge Challenger – and it’s the fastest non-electric production car with a 0-60 mph time of 2.3 seconds. About all it has in common with the original Demon is a Dodge nameplate and a lifespan of just two years.