What do the Chevrolet Monte Carlo, Pontiac LeMans and Studebaker Daytona have in common? They all have racing names – but no racing history from those legendary circuits.

Since the earliest days of the automobile, hundreds of car models have been named after racing events, racing circuits or racing drivers. But only a few of them can legitimately claim racing heritage names. Most are just fanciful thinking and simply part of the marketing game.

One example of a car with a well-deserved racing name is the Dodge Daytona Charger. It was built for one reason: to dominate stock car racing, including the premier NASCAR event, the Daytona 500. In 1969, Dodge manufactured only 505 Daytona 500s, just enough to meet the limit required by NASCAR to qualify as a so-called production model. It had an extended aerodynamic front end and a huge rear spoiler, making it about 20% more aerodynamic than the regular Dodge Charger. The list price was $3,900. The Daytona Charger did the trick, (along with the similar Plymouth Superbird) winning 38 of 48 major NASCAR races. The Daytona name was was revived in the 1980s and ’90s for a small, high-performance Dodge – but it was nothing like the original Daytona Charger. 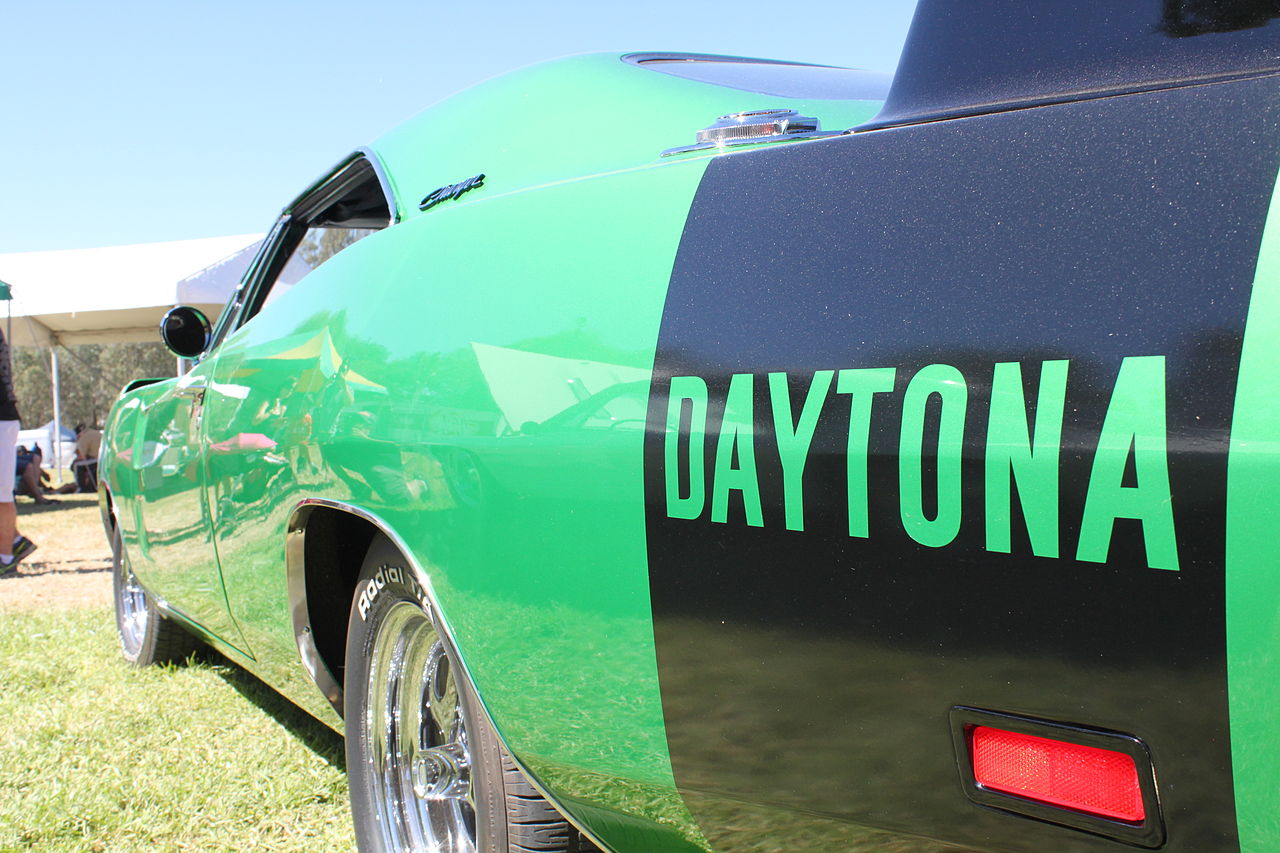 By contrast, Studebaker also had a Daytona, introduced in 1962 as the top-line model. But the Studebaker Daytona most certainly would have been found only in the parking lot at Daytona – and not on the track itself.

Another famous Florida race track not far from Daytona is Sebring, site of several endurance races. In 1959 it became the site of the first Formula One race in the U.S. Plymouth offered a Satellite Sebring in the 1970s, and later there was a Chrysler Sebring from 1995 to 2010. Neither would have actually raced at events at Sebring, Florida.

The Dodge Daytona’s first race was not at Daytona, but at the new Talladega race track in Alabama, in September 1969. The chief rival, Ford, did not run. The irony is Ford’s attempt to battle the Daytona Charger was called the Ford Torino Talladega. It was a modified mid-size Torino powered by a 428 Cobra Jet engine and featuring a wind-slicing, dropped nose, although not as extreme as the Dodge Daytona. Just 745 were made. 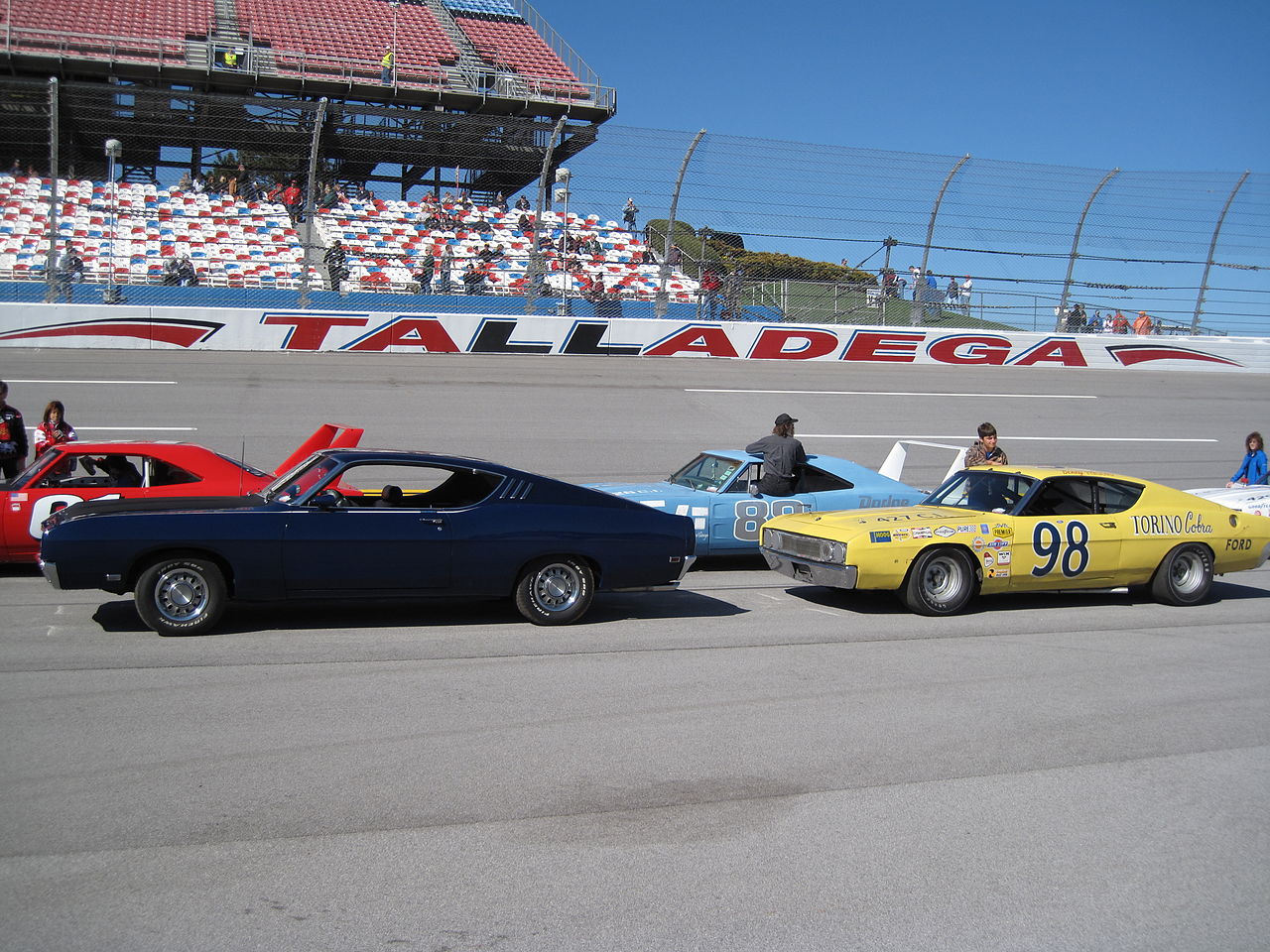 There was a Saab 900 Talladega introduced in 1997. It was very appropriately name, as a Saab 900 set 40 new speed and endurance records at the Talladega Speedway.

Monte Carlo is one area in the principality of Monaco, and became especially well known in the 1950s after actress Grace Kelly became Princess Grace of Monaco when she married Prince Rainier. 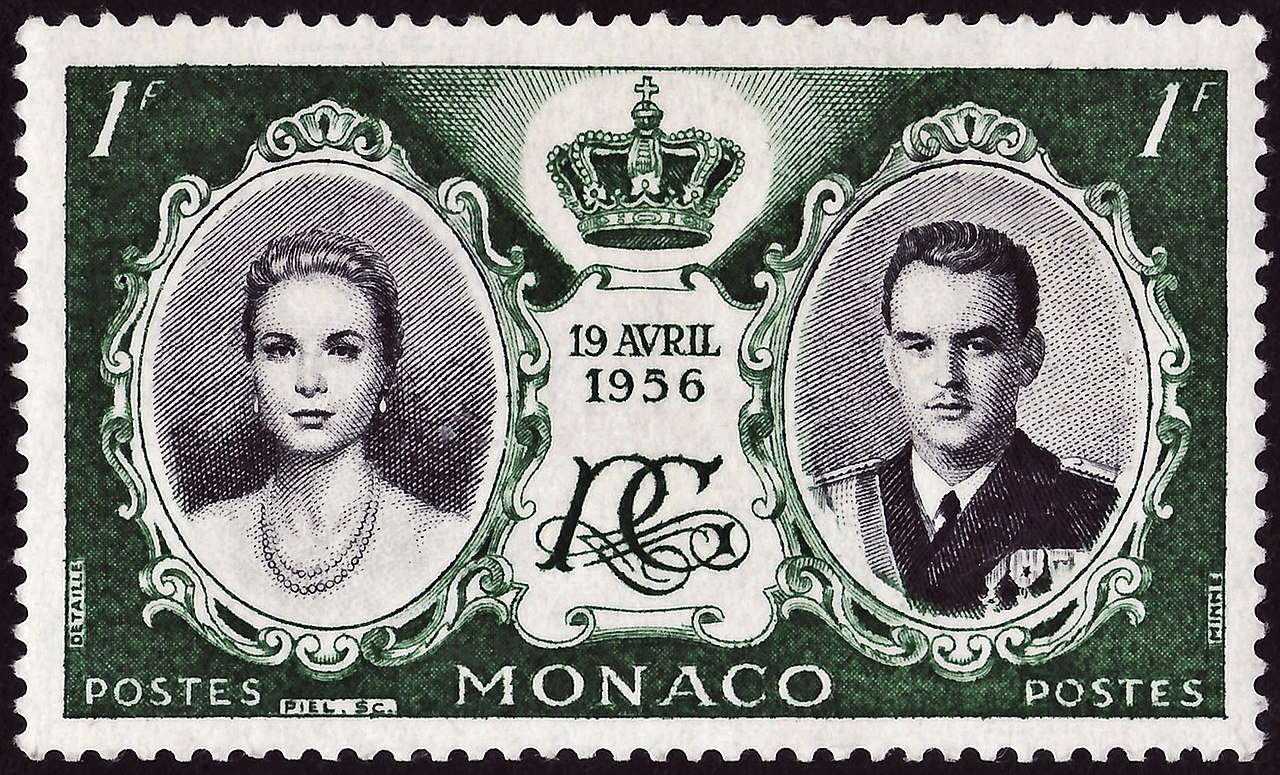 The Monte Carlo name was soon used, starting in 1970, by Chevrolet, on a car that most definitely would not win or even compete in the Monte Carlo rally. The Monte Carlo was Chevrolet’s entry into the growing personal luxury category. The name disappeared for a while in the 1990s, but was later revived.

There’s also the Grand Prix of Monaco, which is run through the streets of Monte Carlo, and was first held in 1929. Dodge used the Monaco name for a full-size, luxurious sporty model, introduced in 1965 with bucket seats, console and a 383 V-8. The Monaco name was later applied to full-size Dodges. Like the Chevy Monte Carlo, none of Dodge’s Monacos would have raced in Monaco, and they would not likely have even been seen in parking lots in Monaco.

The Pontiac Grand Prix is just a name, and would not be a car to race in an actual Grand Prix event. Another example is the Pontiac LeMans, which would never er have competed in the 24 hour endurance race in France.

The Buick Regal Grand National was introduced in 1982, and named for Regals that were highly successful on NASCAR ovals. In 1981, a Regal took the NASCAR Winston Cup Grand National Series Manufacturer’s trophy. Darrell Waltrip, driving a Regal, wrapped up the NASCAR team championship. 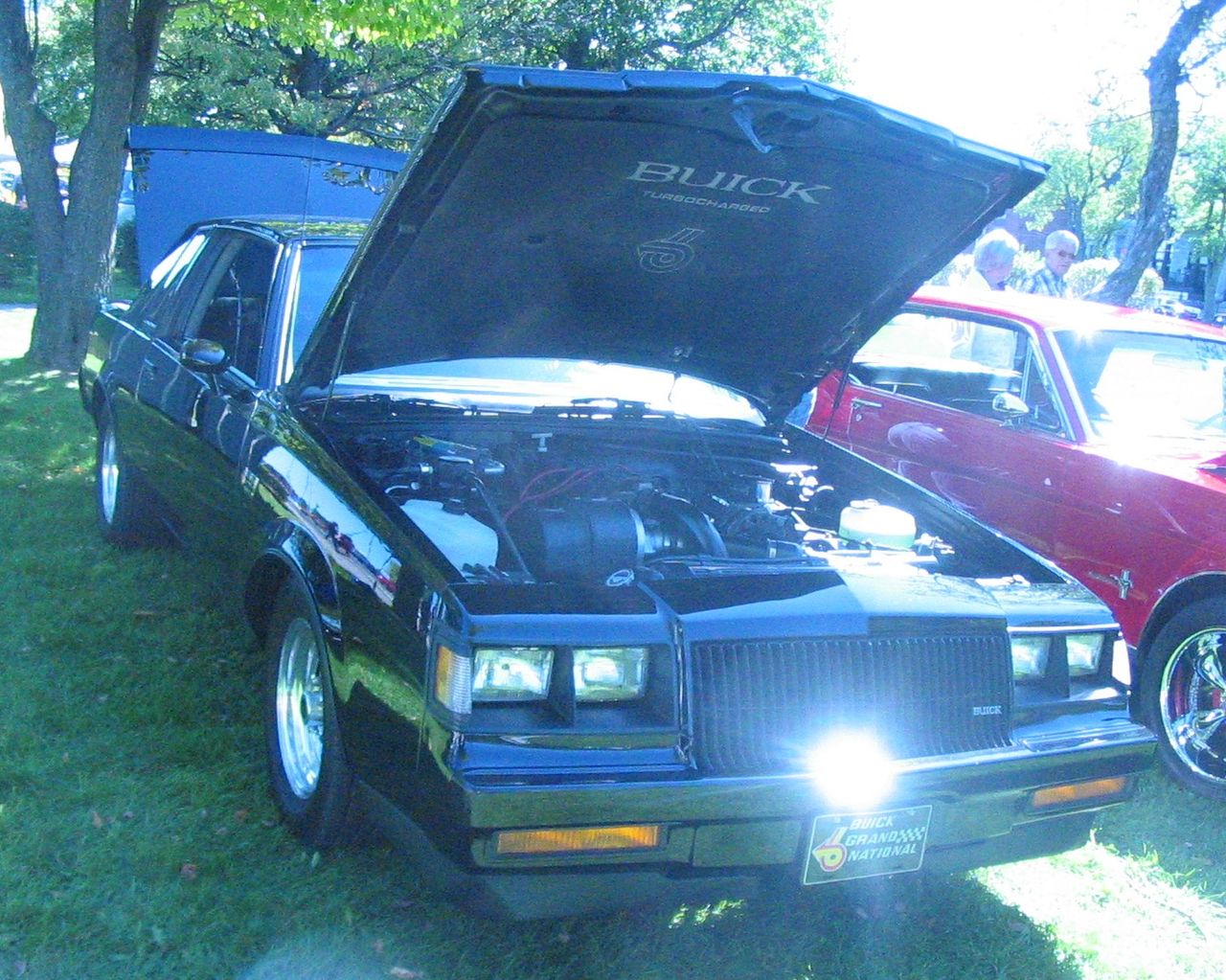 One of the most famous race tracks in Italy is Monza. Chevrolet used the Monza name in the 1960s for a sporty version of the Corvair. After the demise of the Corvair, Chevrolet brought back the name in 1975 for a small car based on the Vega platform, but was larger and could accommodate a V-8. But by no means would either Monza models produced by Chevrolet race in Monza, Italy.

Chevrolet used the Laguna name starting in 1973, for the top trim level of Chevelles. The name comes from the Laguna Seca racing course in California which opened in 1957, and is a road race course. In at least one way the Laguna was like the Monte Carlo, Monaco and Monza: it could never race on the track after which it was named.

Only occasionally will you find a classic car with a name that lives up to its actually racing history and heritage.