Classic car buffs and classic truck buffs share similar motivations in restoring and driving vehicles that rolled out of factories decades ago – to have a vehicle that attracts attention and is a conversation piece, displays history or brings back fond memories.

Whether you’re looking for a vintage car or a vintage truck, there are some similarities. You’ll want to find a vehicle that is special to you, meets your budget and meets your needs – whether it’s a daily driver, a showpiece or somewhere in between. 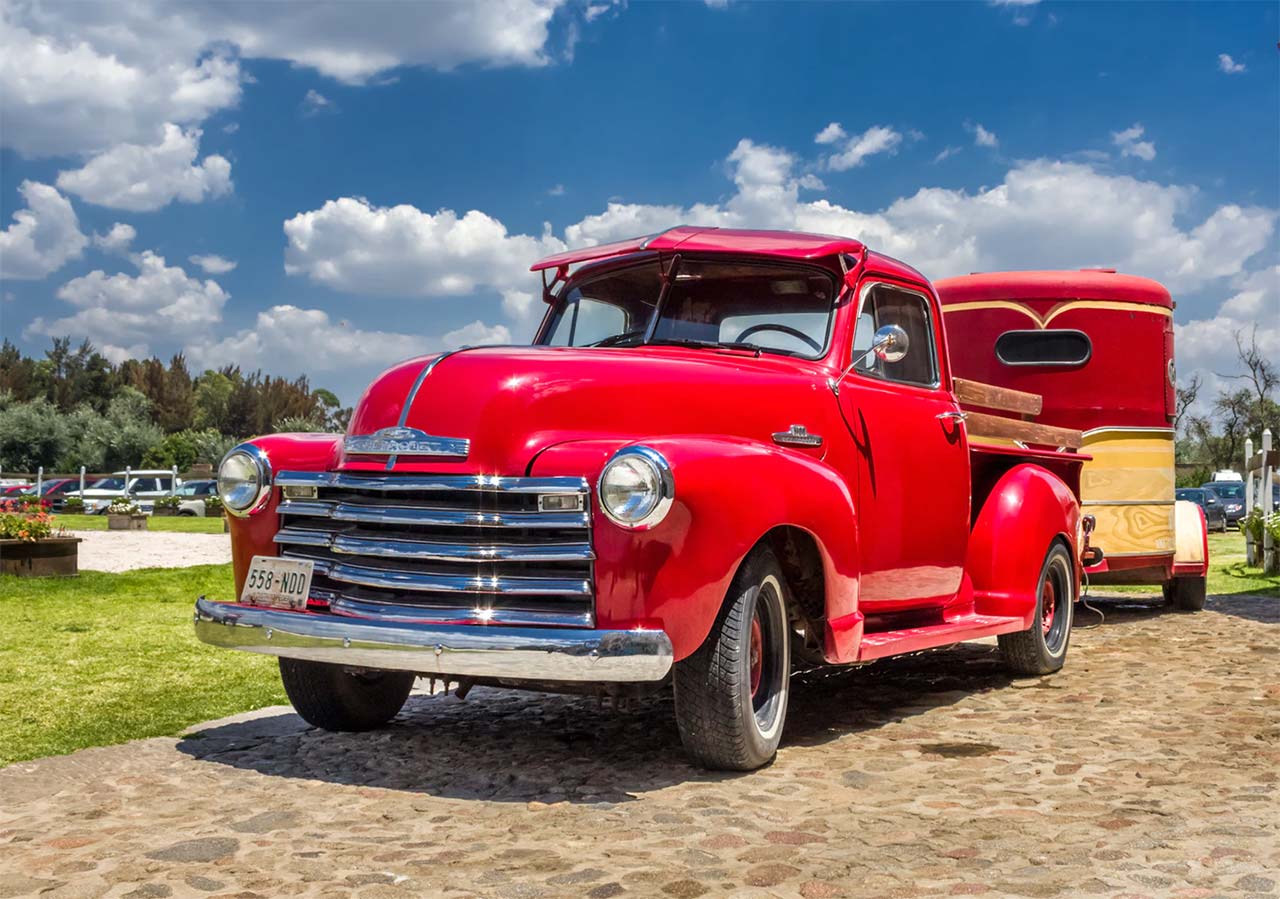 Classic trucks have some advantages over classic cars. Other than the obvious fact the trucks can haul more stuff than cars, generally speaking, trucks are easier to restore than cars for several reasons. 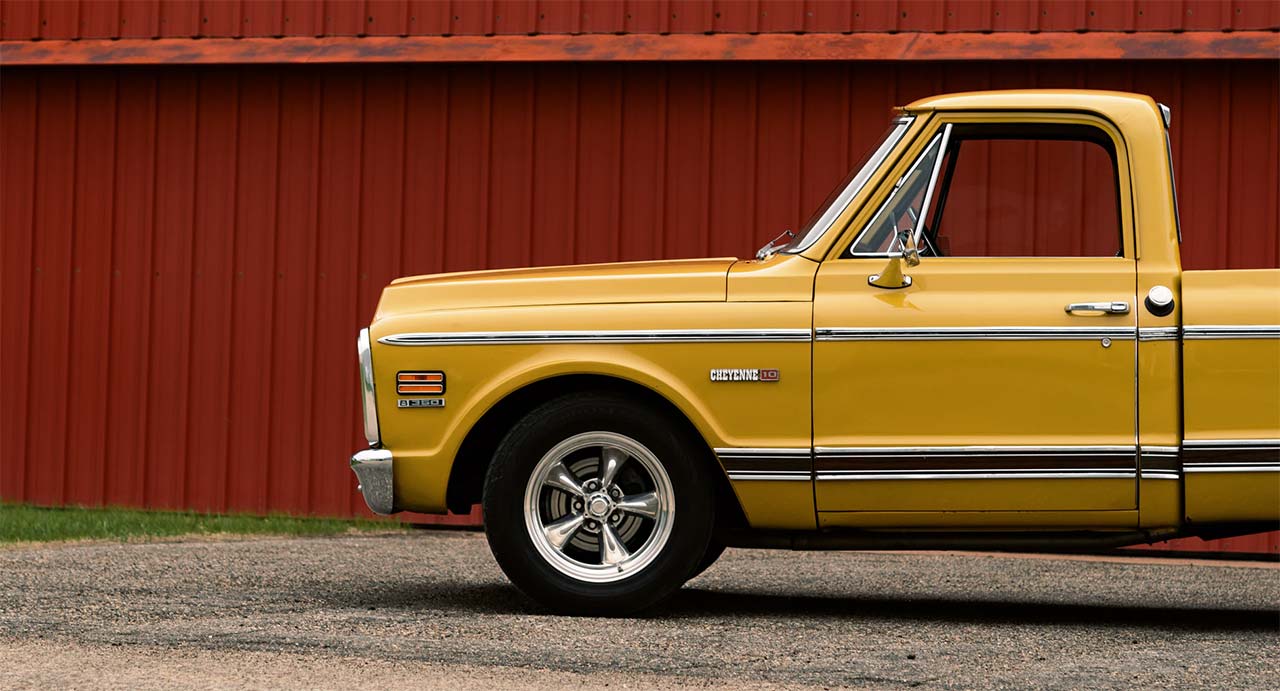 If you decide a truck is right for you, there are some basic restoration tips. 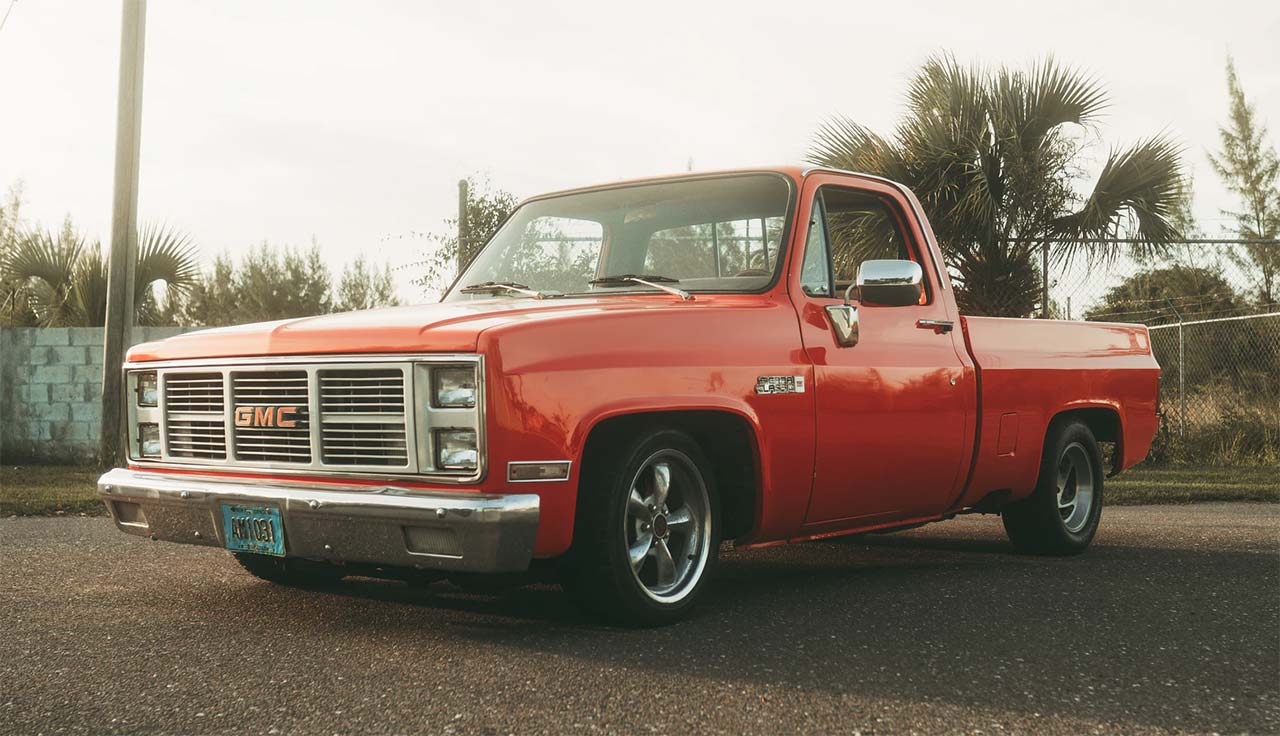 Once you know what brand you want, what you want when it’s finished and how much money you want to spend, you can begin your search. Once you find the classic truck of your dreams and get it home, then the real fun begins.

The Best Truck to Restore

What is the best truck to restore? Well, that could lead to a never-ending debate, so let’s look at choices alphabetically. 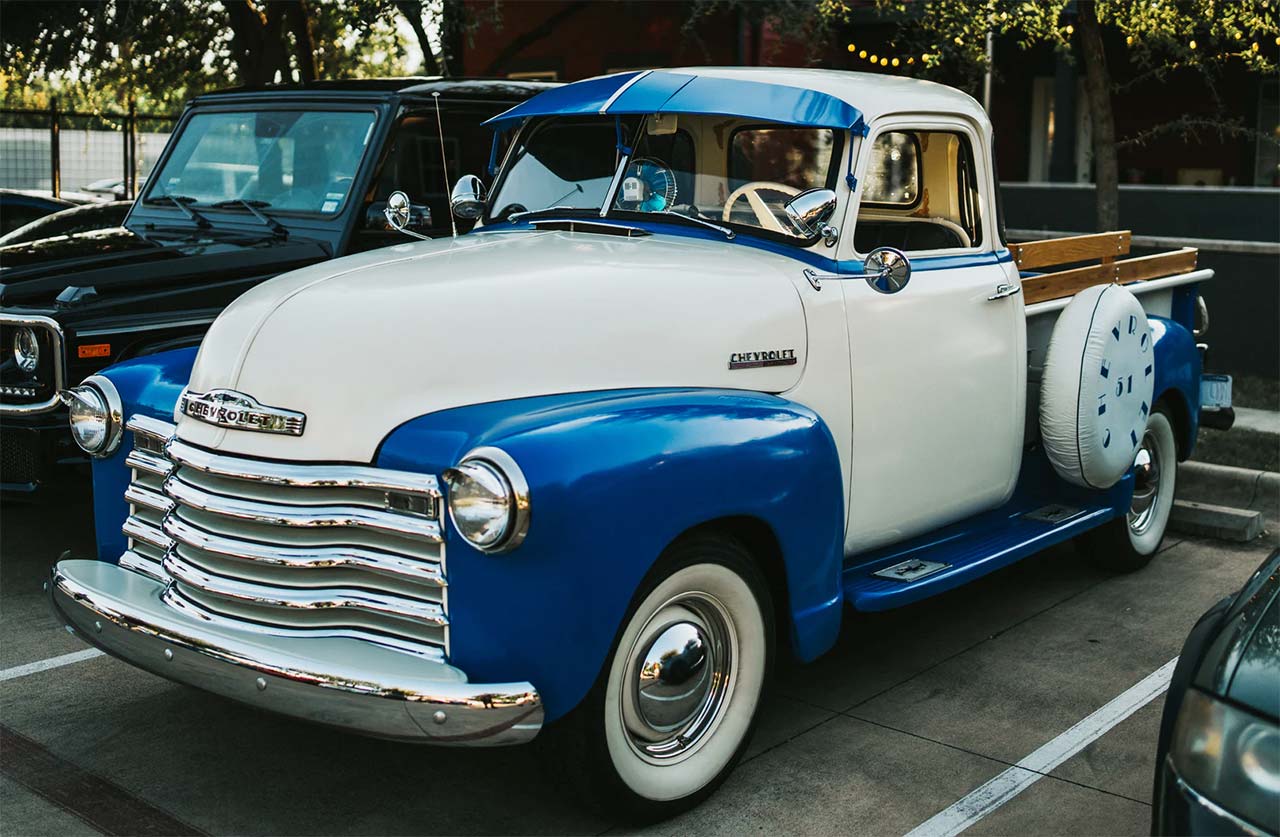 Chevrolet trucks were first offered in 1918, and by the 1930s half of all trucks sold in the U.S.A. were Chevrolets. An all-new postwar design came out for 1947. There was a major restyling for 1955, and again in 1960, 1967, 1973 and 1988. The 1955 to 1959 models are especially attractive for classic truck buffs, thanks to smooth styling and a wraparound windshield. Each series offered more up-to-date styling and more luxury touches. There were various models based on these trucks, including Suburbans and Blazers. 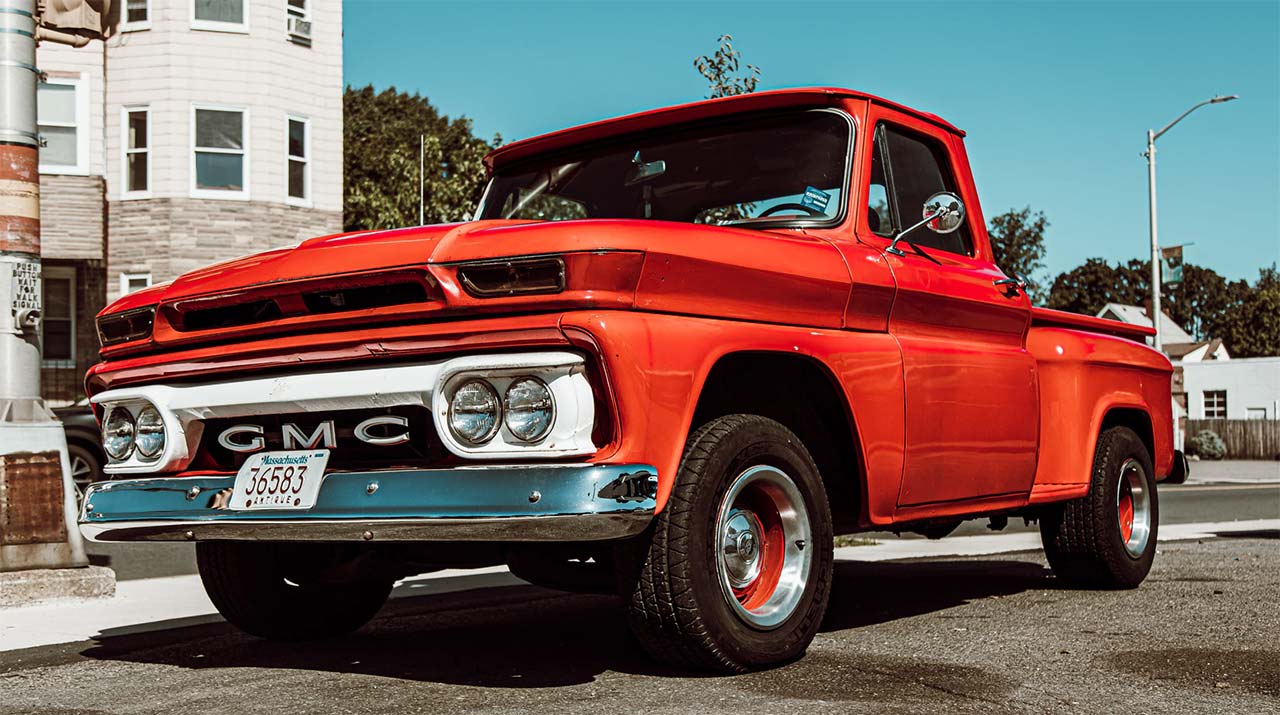 GMC trucks are very similar to Chevrolets, but are slightly upscale and have different styling touches. With high sales and long production runs, millions of these trucks were sold – which means there are lots of Chevrolet truck restoration partsavailable as well as classic GMC truck parts. 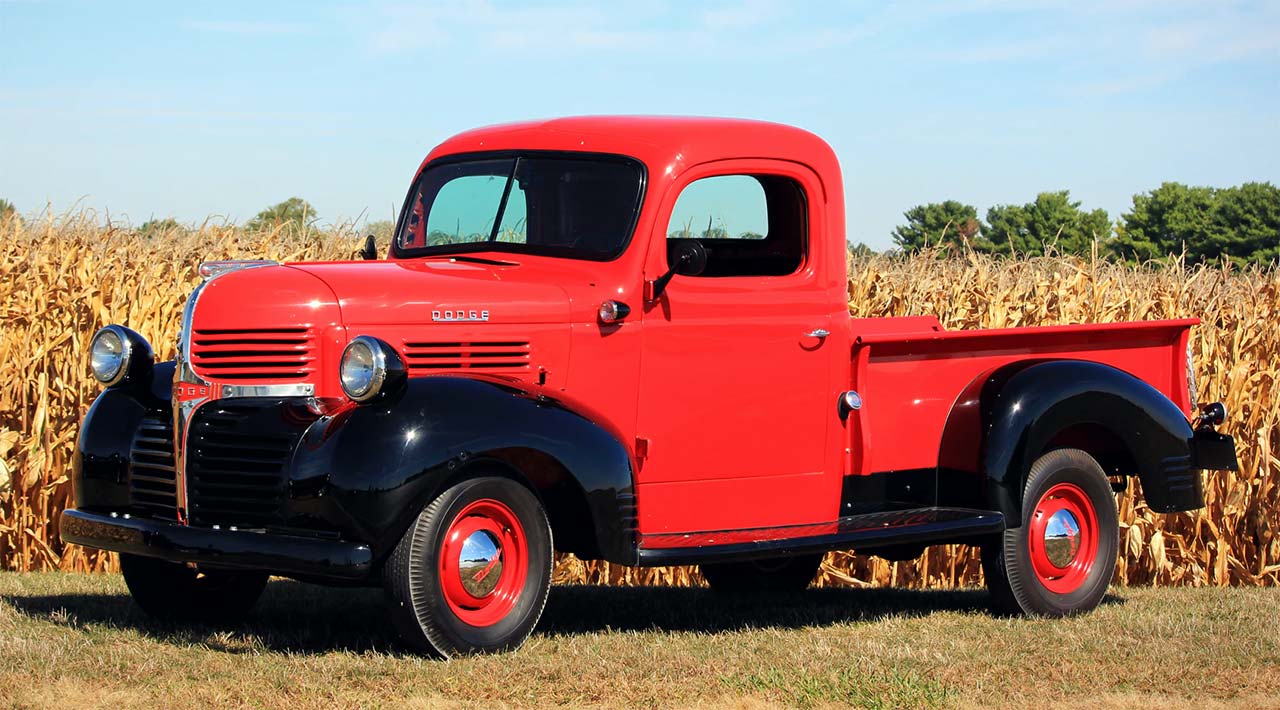 Dodge began making trucks in 1914 and landed a contract to supply military vehicles in 1916. During World War II, Dodge was a large supplier of light trucks and ambulances. After the war the four-wheel-drive Dodge Power Wagon, adapted from a military vehicle, proved popular as it was designed for off-road work, including such tasks as pulling, winching and plowing snow. During the 1950s, Dodge trucks added comfort features and more up-to-date styling, although market share declined. Dodge trucks were periodically updated throughout the 1960s to the 1980s. For 1993, Dodge restyled its pickup trucks to look like big rigs. The new styling was a hit with consumers. Sales more than doubled from 1993 to 1994, and then almost doubled again the next year again. No matter what era, if you’re restoring a Dodge truck, there are plenty of Dodge truck restoration parts available 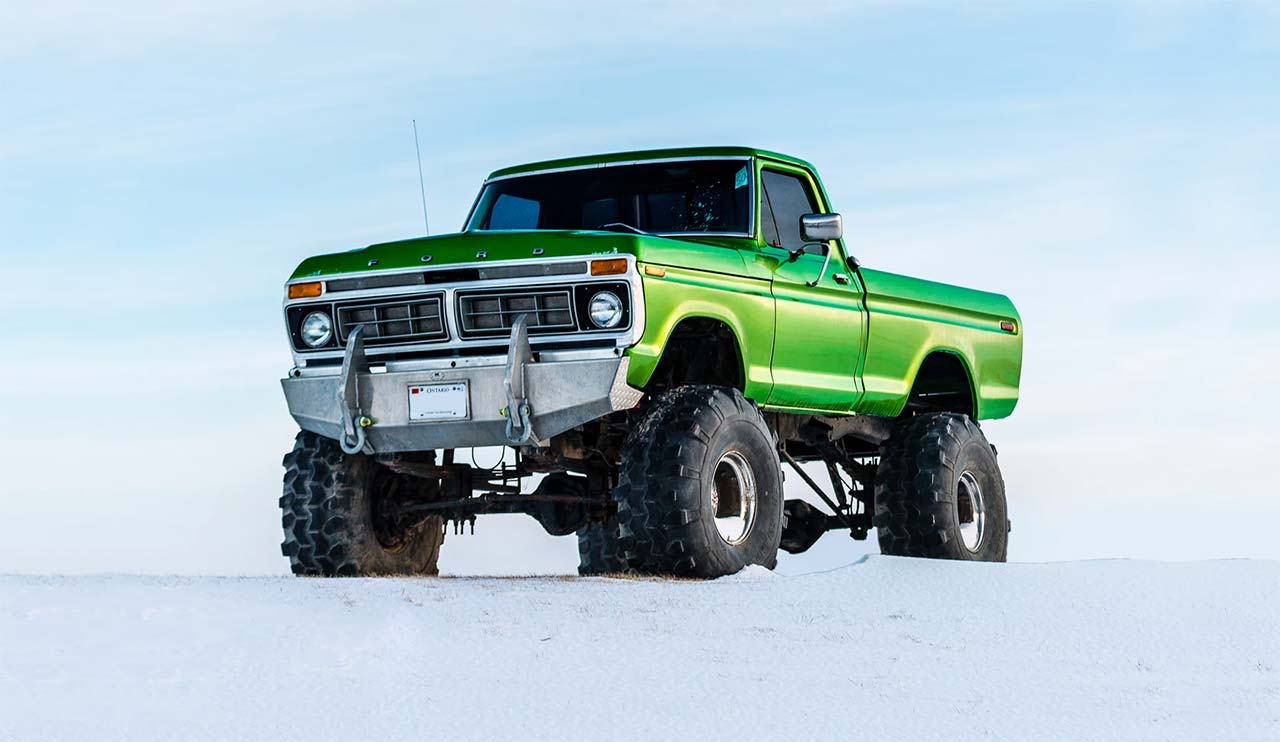 Ford has been making light-duty trucks since 1925. People had been making their own versions for years before that, by cutting down Ford Model T’s.

The first postwar Ford truck was the F-1, introduced in 1948. The restyled F-100 came out for the 1953 model year. These second-generation trucks (1953-1956) are especially desirable among collectors. The Ford Bronco, which competed with the Jeep, came out in 1966 and is popular among vintage truck buffs. 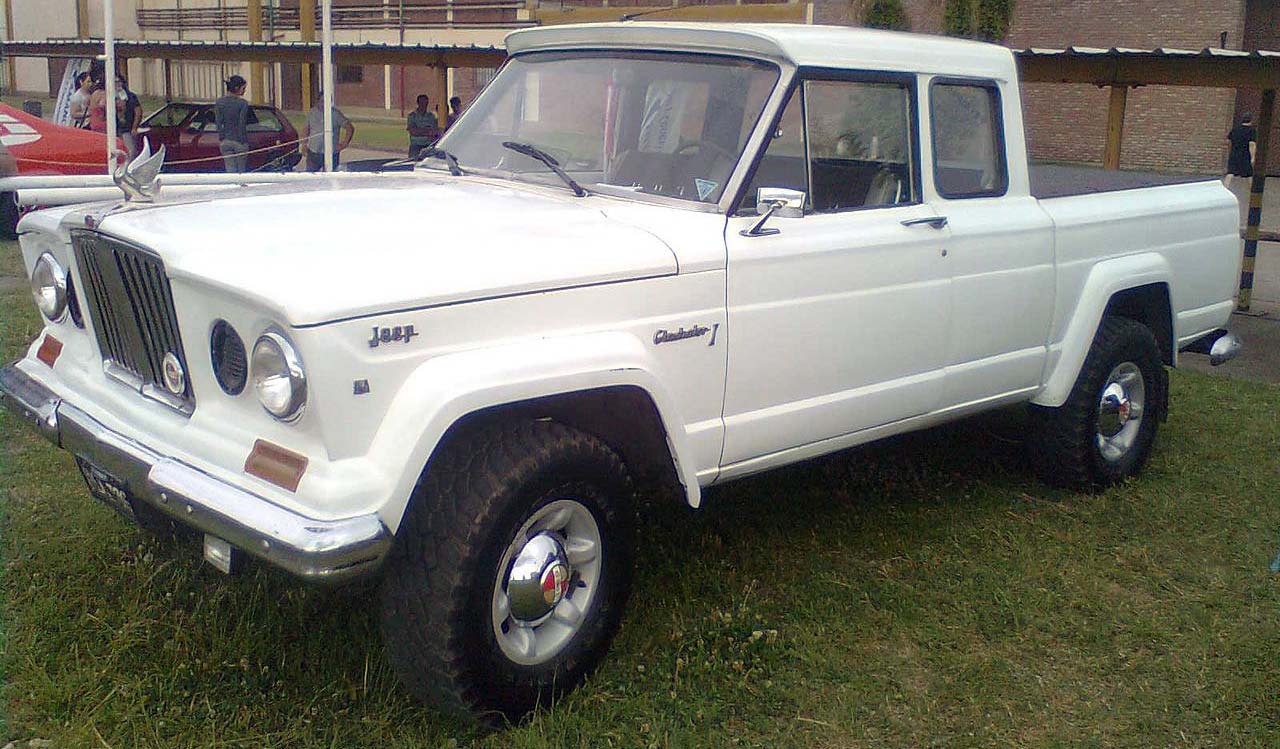 Jeep was established during World War II, and after the war the Jeep was an instant hit in the consumer market. It was unlike anything else on the market. It had earned a reputation for durability, it was four-wheel drive and was low priced. During the 1960s, updates and more luxury touches increased the market for Jeep products. For 1963 the new Gladiator model came out as the full-size pickup truck. In 1970 American Motors (AMC) bought Jeep, providing AMC dealers with a line of trucks in their showrooms, and sales of Jeeps increased throughout the 1970s. Chrysler bought AMC in 1987, mainly for the Jeep line.

If you’re looking for a truck that isn’t as common as a Chevrolet, Dodge, Ford or Jeep, then you might think of other makes. For example, Collectors Auto Supply has lots of International truck restoration parts. 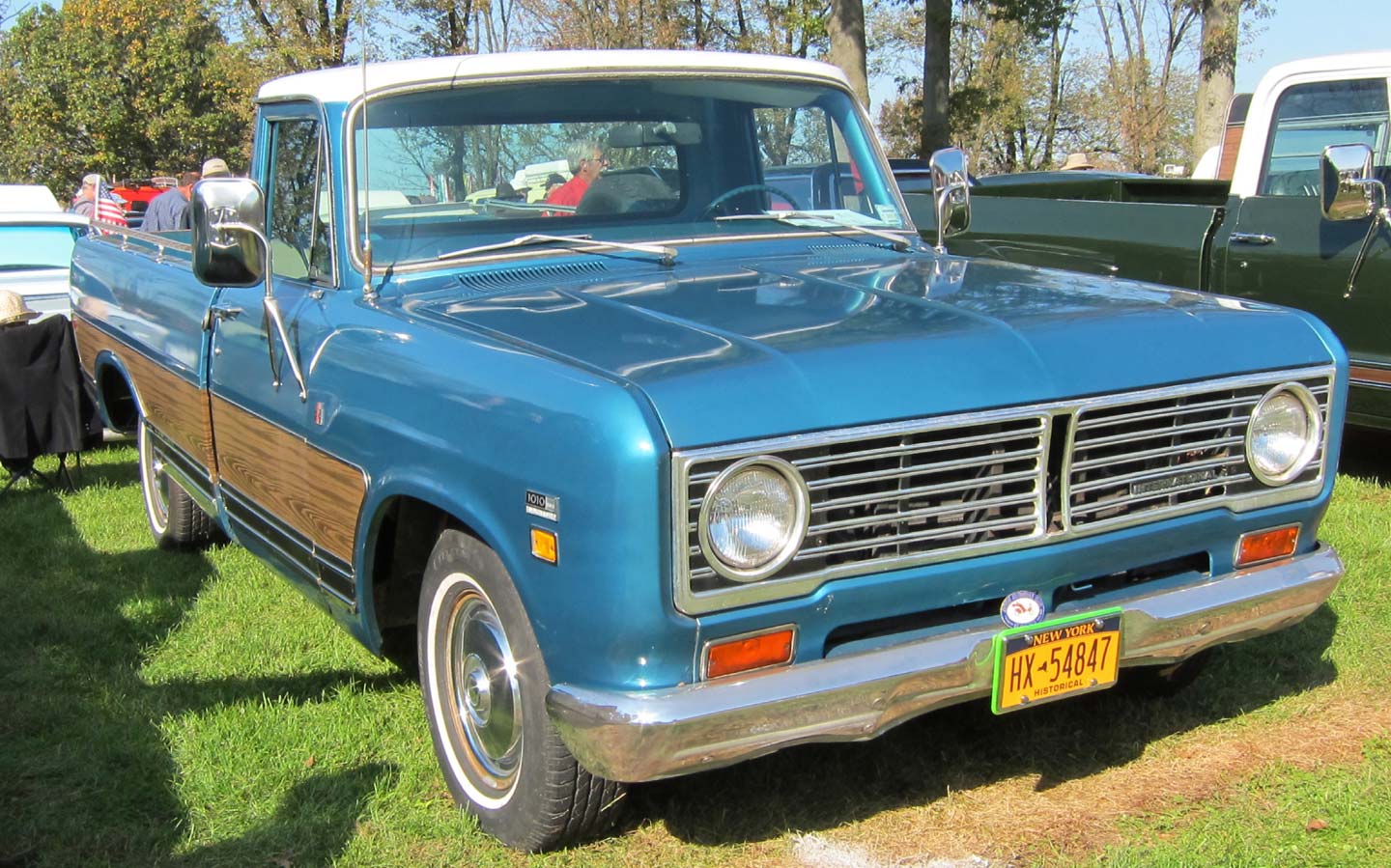 You might also consider such makes as Fargo, Hudson, Lincoln, Mercury, Plymouth or Studebaker. All of these brands offered pickup trucks at some point in their history.

Another possibility for truck buffs are compact trucks, and there are plenty of choices, both domestic and imported.

In the 1970s, there were compact imported pickups came from Mazda, Nissan and Toyota. Soon there were front-wheel drive pickups based on cars, like the Volkswagen Rabbit and later the Dodge Rampage.

There are also compact trucks offered by the Big Three, including the Chevrolet S-10 and Colorado, Dodge Dakota and Ford Ranger.

If you can’t decide whether you want a car or a truck, consider a Ford Ranchero or a Chevrolet El Camino.

These vehicles combine the front-end styling and chassis of a coupe with a pick-up bed in the back. These car-based vehicles are essentially two-door station wagons with the back seat and rear cargo area replaced with a pickup bed. The concept was started in the 1920s and was revived in the late 1950s

Chevrolet brought out its El Camino for 1959. It was dropped after just two years, but was brought back in 1964, this time based on the intermediate Chevelle, and continued until 1987. As well, a GMC version called the Sprint was offered from 1971 to 1977.

So – just like classic cars – classic trucks offer a wide range of choices when it comes to style, size, power and price. No matter what make, model or year that you prefer, Collectors Auto Supply is where to go for all of your old truck restoration parts.